How Chabahar port will benefit all neighbouring countries

The Chinese investment in Gwadar is much more, and its trade with Central Asia much higher. 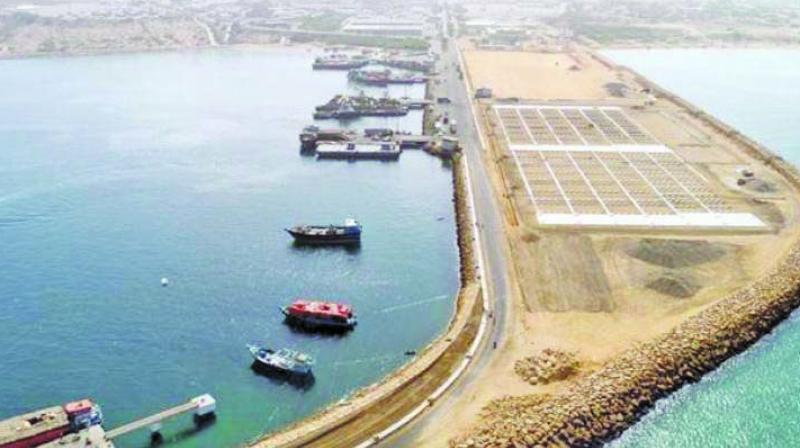 This is the largest Indian investment in that country and has ample scope for generating employment and meeting the needs of the country.

Iran has just opened a new port at Chabahar, 80 km west of the Pakistani port of Gwadar, that will greatly facilitate India’s trade with Afghanistan and with landlocked countries of Central Asia. Though it is much smaller with more modest aims than its more ambitious neighbour, Chabahar is also expected to open a new route to Central Asia and on to Russia and Europe.

Beyond India’s immediate concern in Afghanistan, Chabahar port is also important for the country since it opens the route to Central Asia with a promise of huge gains in trade. The current trade between India and the Central Asian countries of Kazakhstan, Uzbekistan, Tajikistan, Turkmenistan and Kyrgyzstan is under $1.5 billlion, compared to the trade of nearly $40 billion that these countries have with China. Better connectivity via Chabahar port and the planned roads and railways could multiply their trade figures with India several times. The landlocked countries have strategic and high-value minerals, including uranium, copper, titanium, ferroalloys, yellow phosphorus, iron ore, rolled metal, propane, butane, zinc, coking coal, and Kazakhstan alone wants to increase its non-oil exports by 50 per cent by 2025. And without direct transport access, India cannot procure the Central Asian riches needed for its manufacturing economy.

It’s also being seen by many observers as opening a new Great Game between the two largest countries in the world in the oil and mineral-rich region of Central Asia. That is an overstatement. The Chinese investment in Gwadar is much more, and its trade with Central Asia much higher. The Indian aim is smaller, but more specific. Apart from greater ease of moving goods and people to and from Central Asia and Afghanistan by not having to travel through Pakistan, India’s steel companies such as SAIL have invested heavily in huge iron ore deposits in Hajigaj in the Bamiyan region of central Afghanistan.

This is the largest Indian investment in that country and has ample scope for generating employment and meeting the needs of the country. The investment will be much larger than the $2 billion promised by India to build the port and the road and rail connections that are needed. But unless these connecting links are established, the steel complex would not be functional. The goodwill of the Afghan people towards India is based on the many projects such as a dam, the new Parliament building, power lines to the capital, buses, hospitals and skill training schools. The new port is important since it would allow India to send emergency food supplies and to conduct more open and increased trade with Afghanistan.

Chabahar thus has its own strategic importance, and seeing it as a counter-weight to the Chinese investment in Gwadar is of secondary importance. China’s investment in Gwadar is much larger, and it has committed to invest $46 billion to develop the China-Pakistan Economic Corridor. It also plans to send 30,000 troops to protect its investment, besides another 10,000 troops from Pakistan. Given the scale of Gwadar, it is foolish to see the two ports as competitors. Instead, as Iran has proclaimed, it is better to view them as “sisters” who complement each other.

One should also remember that the passage of trucks from Chahabar into Afghanistan is not entirely secure. Indian goods travelling to Kabul or Herat will have to pass through, or close to, some of the most dangerous parts of the country. Chahabar is also part of one of Iran’s most volatile regions, where anti-regime Sunni insurgents have launched repeated attacks. Though increased trade will eventually help improve the security situation, the persistence of the insurgency might take a long time to resolve and may also involve deals with militant groups.

Despite the potential hazards, however, the development of Chahabar and the transport links to it constitute an important part of New Delhi’s strategic policy. India has important plans for the future. Some of its prominent features include:

Chabahar port has the potential to be an essential economic and strategic corridor, linking India to Afghanistan and Central Asia. But it can only be fulfilled if China and Pakistan both cooperate and see the project as not being one of strategic conflict but one whose economic benefits could flow to all countries in the neighbourhood. This is what Iran wants and what India should support.

The writer is a Mumbai-based freelance journalist