Uttarkhand is also slowly being affected by water shortage even though many major rivers originate in this state. 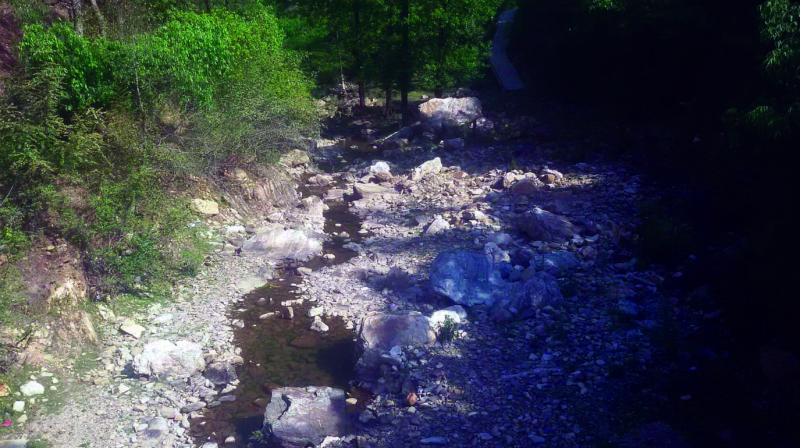 The Himalayan river Kalsa is on the verge of depletion, and has been reduced to a small stream.

Nature has bestowed the earth with many precious gifts. The biggest gift is considered to be water. How many days can you survive without water? Just imagine. Just imagining makes the throat begin to dry. But soon, this scary dream is going to change into reality. Although a third of the earth is covered with water, very soon there is going to be a drastic shortage of drinking water.

In South Africa, the effect has started to appear, where this problem has taken a vivid form. India is not untou-ched by this. Recently, the problem of drinking water in Shimla has highlighted this serious threat. Well, this problem is of the entire nation and the world, which is becoming more serious and scary. Efforts are being made to conserve water across the globe, including India. This problem needs to be addressed on a broad scale.

Uttarkhand is also slowly being affected by water shortage even though many major rivers originate in this state; which provide life to many tributaries and thousands of small water bodies. But despite this, the water crisis is at its peak. Spread over a total of 53,483 square kilometers, this state has 43035 sq. km area of mountains, which is approximately 80 per cent of the total area.

On the basis of statistical data, about 64 per cent of the state’s land is forests, which is approximately 34,650 sq. km. In such a situation, having a water problem is a cause for concern. In the hills, people are dependent on the streams, rivulets, underground rivers, etc. to get drinking water for themselves and their cattle. But today all of them are in danger. Due to which a serious problem of drinking water has arisen.In order to understand this problem deeply, we have to understand the situation of a few years ago. Created on November 9, 2000, Uttaranchal was a part of Uttar Pradesh. Most agricultural work was done in the area. After the formation of this state, there was rapid changes seen. Uncontrolled and unplanned development has severely affected the environment here. Atte-mpts to build big dams to control the rivers were started in the 80’s. After the formation of a separate state, they grew further. Dynamite explosions and heavy machines were used to break the mountains during the construction of roads which caused huge damage to the direction and velocity of underground streams. 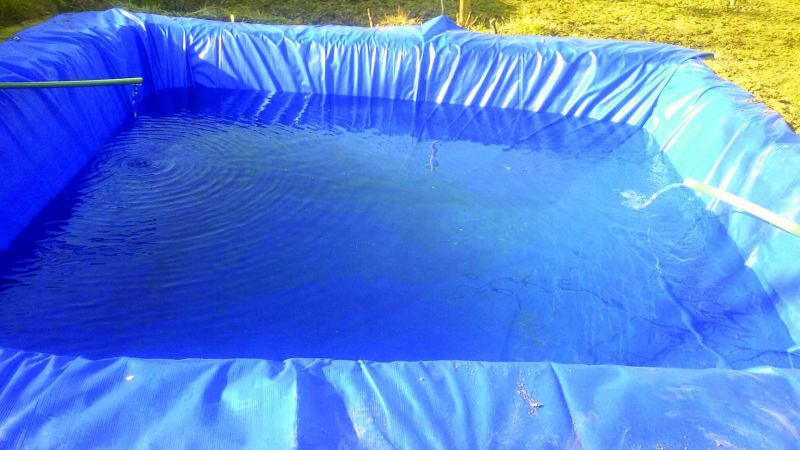 Water stored due to the initiative

Due to environmental change, the year-round cycle was disrupted, due to which ground water sour-ces could not be rechar-ged. Today the circumstances are that rivers and canals that got water from underground natural stre-ams are on the verge of drying. One of the major reasons for this is that local residents are selling off their agricultural lands surrounding the water bodies to builders.

The builders have either taken over or damaged these natural sources of water.  The problem has become even more serious. The situation is such that the government pipelines laid down for drinking water in the rural areas have turned dry; if they do get water, it is after weeks and months.

Ganesh Bisht, a youth who lives just 3 kilometers from the Dhari Vikas Khand headquarters of Nainital, says, “Kalsa river which flows just in front of my house had enough water till about 10 years from today, but since then it has been reduced from time to time and today the situation is that this life line of hundreds of people of surrounding villages is on the verge of drying.”

He further adds, “Whatever anyone belie-ves, water is the biggest concern in today’s era.” At the same time, Hemant Karki, a resident of Devli village of Lambda Develo-pment section of Almora district, says, “I live in Haldwani city due to my business.  When I went to my village a few days back, I was stunned to see the situation of water there.  There forests seem to be on fire all round; the source of water in the village is on the verge of drying up.

The women of Sangha village bear the brunt of this problem because they have to walk long distances to bring water.” 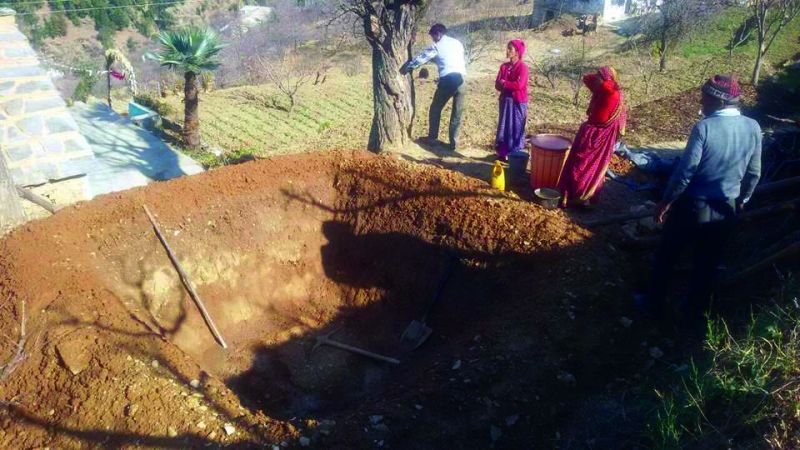 For this, digging pitches in the ground, after the inspection of them, work has been done to protect rain water and available underground water with the help of polythene. These families protected nearly 15,000,000 (fifteen lakh liters) of water, which is being used for drinking water, agriculture and horticulture work of livestock. As a result, the impact of water crisis on these villages is less than the other villages. In addition, crop production has increased by 30 to 40 per cent.

Bachi Singh Bisht, a member of the organisation, says, “After this achievement, there is enthusiasm in the farmers, their success story has started to be heard far and wide, some foreign resea-rchers have come to study it. We are working on the plan to further expand this campaign; we want people to use every drop of water.” Mahesh Gallia, a progressive mountain farmer and horticultural instructor associated with the Janmatri organisation, says, “The result of the campaign of water conservation has been that, in villages where the water was preserved in comparison to other villages in the area, there are also good size and quantity of fruits.

Now if the water conservation beco-mes a campaign by becoming organised then the matter becomes something else. Because this problem belongs to all of us and we need to diagnose and solve it together.

There is a huge amount of money spent in the name of development every year from the state treasury. But the great misfortune is that, the inaction of our society, the absence of awareness among the masses, the ignorance of the representatives of the people, and the silence of the qualified persons, eliminates the hypothesis of development of any area before giving a concrete shape on the ground.

As a result, the benefits of government schemes are not available to the common man. If the government wants to do something really in the direction of water conservation, the first step would be to bring ‘mountain water’ to the mountain for work. For this, small dams should be constructed in the adjoining river-drains, to provide adequate water to the local farmers for irrigation.

If the community and governments do not move on time, the day is not far when people will be thirsting for water and when they don’t get water they will be baying for each other’s blood. This thing has been well understood by the people of this small hill state. We all need to take such positive initiatives like the people of this small village in Uttarakhand.