India   All India  03 Mar 2022  UP voters to decide fate of big-wigs, including CM Adityanath today
India, All India

UP voters to decide fate of big-wigs, including CM Adityanath today

The last phase for 54 seats will be held on March 7 in eastern UP, and the results will be declared on March 10 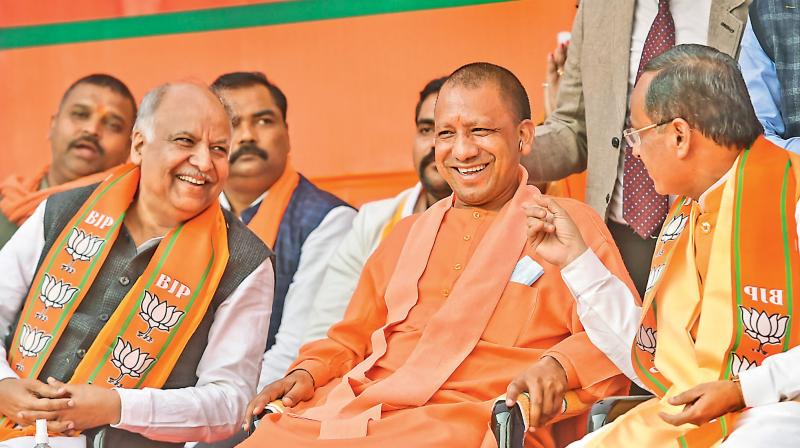 Uttar Pradesh CM Yogi Adityanath during a public meeting for the ongoing UP polls, in Lucknow. (DC File)

New Delhi/Lucknow: Chief Minister Yogi Adityanath, Samajwadi Party’s Swami Prasad Maurya, whose defection from the BJP made waves, and the Congress’ UP president Ajay Kumar Lallu are among the political heavyweights who will face the electorate on Thursday, during the sixth round of elections  for the UP Assembly. Polling will be held for 57 seats in 10 districts.

The last phase for 54 seats will be held on March 7 in eastern UP, and the results will be declared on March 10.  Voting for 292 out of 403 seats has been completed.

The districts where polling is to be held on Thursday are Ambedkar-nagar, Balrampur, Sidd-harthnagar, Basti, Sant Kabir Nagar, Maharaj-ganj, Gorakhpur, Kushi-nagar, Deoria and Ballia. The BJP had won 46 of the 57 seats in 2017.
Adityanath is fighitng his first Assembly election from Gorakhpur Urban, Ajay Kumar from Tamkuhi Raj and Maurya from Fazilnagar.