'Rafael has now received an official notification from India's Defence Ministry concerning the cancellation of the Spike deal.' 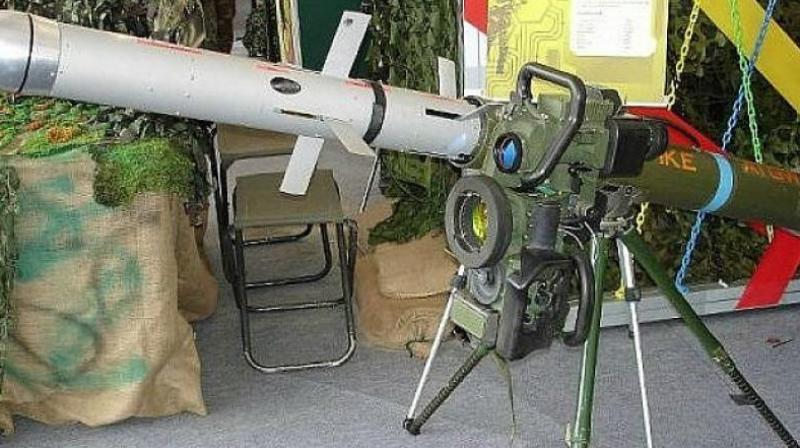 "Rafael has now received an official notification from India's Ministry of Defence concerning the cancellation of the Spike deal," Ishai David, a spokesman for the Rafael Advance Defence Systems Ltd, told PTI.

Spike, in use by 26 countries around the world, is said to have been selected by India after a long and rigorous process and after complying with all the defence procurement regulations.

"It should be emphasised that the cancellation was made prior to the signing of the contract and despite Rafael's compliance with all the demands," the company said in a statement.

"Rafael regrets the decision and remains committed to cooperating with the Indian Ministry of Defence and to its strategy of continuing to work in India, an important market, as it has for more than two decades, to provide India with the most advanced and innovative systems," it added.

The company did not give a reason for the cancellation of the deal.

The cancellation comes days before Netanyahu's four-day visit to India starting January 14 and is likely to be taken up for discussion. Rafael's CEO would also be accompanying Netanyahu.

The company recently inaugurated its facilities in Hyderabad where the project was to be executed but company sources said that it is "designed to accommodate a number of other projects Rafael is engaged in with its Indian partners".

As per the original proposal, India had planned to acquire the ATGMs for the Army at a cost of USD 500 million.

The Indian defence ministry has been strongly pushing for transfer of technology in procuring various weapons and other platforms from foreign defence majors as part of its broad policy initiative to encourage domestic defence industry.

Official sources in New Delhi had earlier indicated that the proposal to acquire the missile system faced hurdles when Israeli side apparently expressed reservations in ensuring full transfer of technology as per the provisions of the 'Make in India' initiative.