The SKAT, consisting of 17 officers, 200 technicians was formed in the year 1996 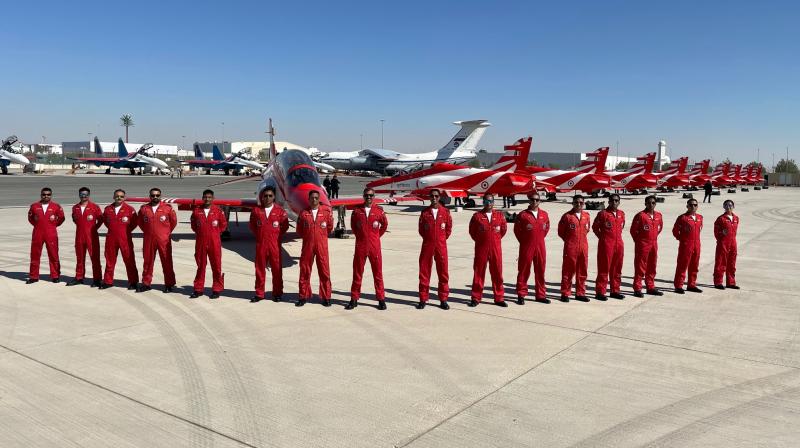 The SKAT of the IAF is known for its professionalism, precision and prowess. (Photo: By arrangement)

Kolkata: The Suryakiran Aerobatic Team (SKAT) of the Indian Air Force (IAF) will perform its famed aerobatic display over Umiam Lake at  Shillong in Meghalaya on December 4 to celebrate Swarnim Vijay Varsh.

Defence spokesperson in Meghalaya Wing Commander Sreeprakash J informed on Thursday that the Suryakirans would be carrying out a display in Umiam Lake following which two flypasts will be flown over entire North East which will culminate with a display at Lachit Ghat in Guwahati of Assam on December 12.

The SKAT of the IAF is known for its professionalism, precision and prowess. Most professional Air Forces have a Formation Aerobatic unit which undertakes the extremely challenging role of doing aerobatic manoeuvres, in large formations, to not only showcase their capabilities but also to motivate the youth to join the defence services.

The SKAT, consisting of 17 officers, 200 technicians was formed in the year 1996 and has been personifying the motto of the IAF “Touch the sky with glory” ever since.

The SKAT, which has grown into a global phenomenon, has the distinction of being amongst a handful of 9 aircraft formation Aerobatic teams in the world.

It has completed more than 600 displays through the length and breadth of the country, representing India in Sri Lanka and Dubai in 2021 and has also been carrying out flypasts over the country to celebrate Swarnim Vijay Varsh.