Two drunk youth had purchased the chicken to cook curry but one of them ended up eating it alive as he was hungry. 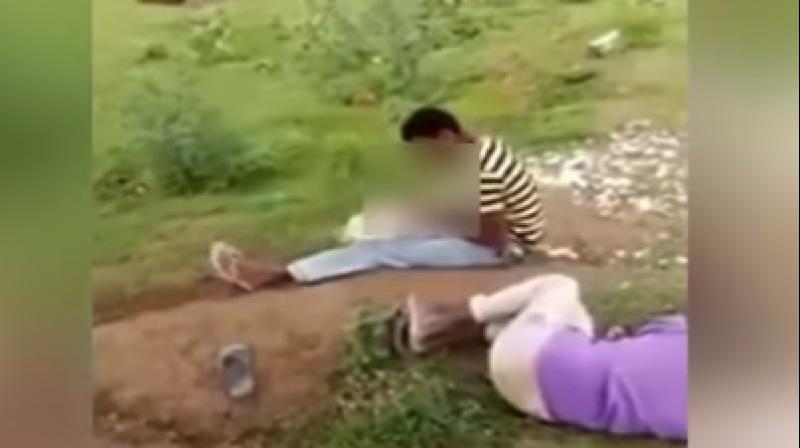 After passing out on the road, the drunk youth woke up hungry and started peeling the feathers of the chicken and eating it alive. (Photo: Youtube screengrab)

Hyderabad: In a bizarre and outrageous incident, a video of an intoxicated youth eating a live chicken surfaced on Thursday.

The incident took place on Tuesday in Telangana and was shot by a passerby. The video was widely circulated on social media.

According to India Today, two drunk youth had purchased the chicken to cook curry. However, on their way back home the duo were in such an inebriated state that they passed out midway on a road in Telangana's Mahabubabad district.

However, one of the youth woke up hungry after some time and started peeling the feathers of the chicken and eating it alive.

The police have been apprised about the incident and search is underway to nab the accused.