Kashmir Valley has been embroiled in utter chaos and violence after Hizbul Mujahideen commander Burhan Wani's was killed by security forces. 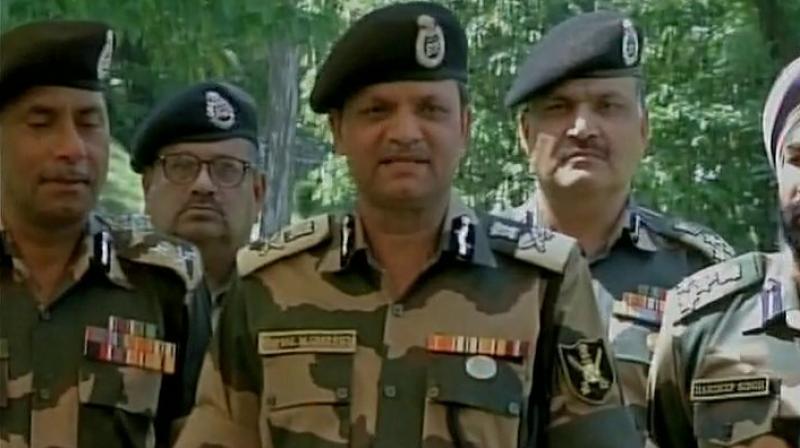 Srinagar: The Border Security Force (BSF) has said that the killing of two Indian soldiers and mutilating their bodies on the Line of Control (LoC) on Monday was a “well coordinated act” of the Pakistan army and the neighbouring country’s Border Action Team (BAT).

“It was a well coordinated act between Pakistan army and the BAT as the Indian patrol party came under simultaneous fire from four sides," a senior BSF officer said on Tuesday.

He also said that the BAT which mutilated the corpses of Army’s Naib Subedar Paramjeet Singh and BSF Head-Constable Prem Sagarcomprises terrorists in the garb of ‘mujahedin’ (holy warriors).

The officer said the fact that the attack took place a day after Pakistan Army Chief General Qamar Javed Bajwa visited the LoC in PoK’s in the Haji Pir sector which is not far from Krishna Ghati sector of Poonch cannot be overlooked either. Gen.

Bajwa had during his visit reiterated support to the Kashmir’s “freedom’ cause. He had, however, said that even though the people of Pakistan could not remain indifferent to the “barbaric treatment meted out to defenceless Kashmiris” in Jammu and Kashmir, the country’s army would ‘keep its response purely in the military domain in accordance with its values”.

BSF’s Additional Director General (ADG) Western Command, K.N. Choubey, told reporters in Jammu that the Pakistani troops carried out unprovoked rocket and forward mortar firing on two forward posts on the LoC and that the the BAT team took advantage of it and mutilated the bodies of the jawans.

He said the joint team of the Army and the BSF is deployed in Krishna Ghati sector to defend the LoC.

“When the team was going for regular line maintenance, two FDL (Forward Defence Locations) from Pakistan's side and two ambushes which they had set up started firing simultaneously. Our jawans were engaged in this. In between this, the BAT action, which consists of regular army and mujahideens and trained militants, took advantage and mutilated bodies of our two jawans," he said.

Replying questions, he said that though he would not like to offer a formal comment on it but no one can deny the fact that the attack and the gory act of mutilating the slain soldiers’ bodies came a day after the Pakistan army chief had visited the LoC in neighbouring Hari Pir sector.

“I would not like to comment formally on this. But yes, everybody knows that this has taken place immediately after the visit of the Pakistan army Chief to the frontal area,” he said.

The BSF ADG said the Army and the BSF are together going to have threadbare review of the situation as this was not the first incident of its kind but only the latest in a series of such “brutal’ acts taking place along the LoC and come up with a revised Standard Operating Procedure (SOP) in order to minimise such occurrences in future.

He denied that already laid down SOP was ignored as the victims are reported to have been taken unawares when targeted and said, “The SOPs are always followed. We learn from every such incident that takes place.

The BSF in Kashmir works under the operational control of the Army. We will brainstorming together and come out with a more revised SOP so that such incidents are minimised.”

Meanwhile, Jammu witnessed a number of protests against Pakistan on Tuesday. At one such protest the ex-servicemen from various parts of Jammu region including Poonch chanted anti-Pakistan slogans and demanded that Prime Minister, Narendra Modi, should take stern action against the neighbouring country. They also pledged their support to the Army and other security forces in the event of their deciding to “teach Pakistan a lesson”.