India   All India  02 Jan 2020  PM holds out red rag to Congress: Go protest against Pakistan, not CAA
India, All India

PM holds out red rag to Congress: Go protest against Pakistan, not CAA 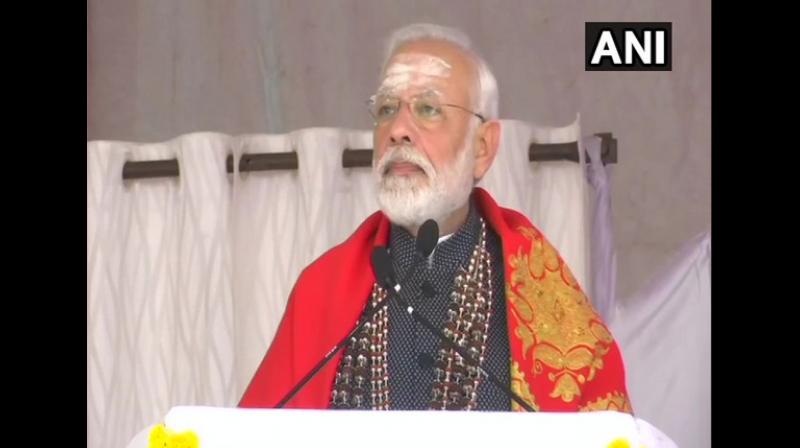 Prime Minister Narendra Modi speaks at an event at the Sree Siddaganga Mutt in Tumakuru, Karnataka on Thursday. (Photo: ANI)

Tumakuru: Prime Minister Narendra Modi on Thursday held out his familiar red rag of Pakistan to the Congress and its allies who are protesting his government’s new citizenship law, advising them to raise their voices against the atrocities committed upon on minorities in the neighbouring counry.

Speaking at an event at the Sree Siddaganga Mutt in Tumakuru, Karnataka, Modi said: "Parliament enacted Citizenship (Amendment) Act, 2019. Those who are agitating against the Parliament of India today, I want to say to them that today there is a need is to expose the activities of Pakistan at the international level. If you have to agitate, raise your voice against Pakistan's actions of the last 70 years."

Modi added the jibe that the Congress and its allies do not speak out against Pakistan but take out rallies against refugees who were forced to come to India.

"Pakistan was formed on the basis of religion. Religious minorities were being persecuted there. The persecuted people were forced to come to India as refugees. But the Congress party and its allies do not speak against Pakistan. Instead, they are taking out rallies against these refugees," he said.