Guru Nanak Dev had spent more than 18 years of his life at the Darbar Sahib gurdwara in Kartarpur. 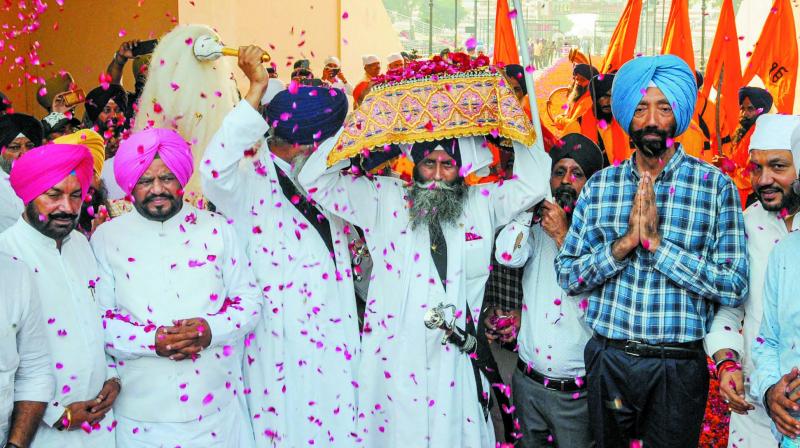 New Delhi: The ministry of external affairs (MEA) on Thursday made it clear any public servant who is not part of the Indian official “jatha” (religious contingent) for the Kartarpur pilgrimage has to seek political clearance from the MEA before visiting Pakistan as it is a foreign country.

The MEA spokesperson said India had already given its list (to Pakistan) of persons who would be part of its official “jatha” to go to the Kartarpur Sahib Gurudwara on Nov-ember 9 but that no res-ponse had been received as yet from Pakistan.

Meanwhile, officials said that Prime Minister Narendra Modi will inaugurate the state-of-the-art Passenger Terminal Building (PTB) at Dera Baba Nanak in Punjab on November 8, formally opening the Kartarpur corridor.  The prime minister will also address a public meeting nearly three kilometres from the building after the inauguration, following which he will attend the 550th birth anniversary celebrations of Guru Nanak being organised at Sultanpur Lodhi, they said.

The much-awaited corridor will connect the Dera Baba Nanak shrine in Gurdaspur, Punjab, with the gurdwara at Kartarpur, just around four kilometres from the international border, located at Shakargarh in Narowal district of Pakistan’s Punjab province.

Guru Nanak Dev, the founder of Sikhism, had spent more than 18 years of his life at the Darbar Sahib gurdwara in Kartarpur located on the banks of the river Ravi, making it one of the holiestsites for devotees.