In a state of turbulence, J&K splits into two UTs

The two new entities take the total number of UTs to nine and bring down the number of states in India to 28. 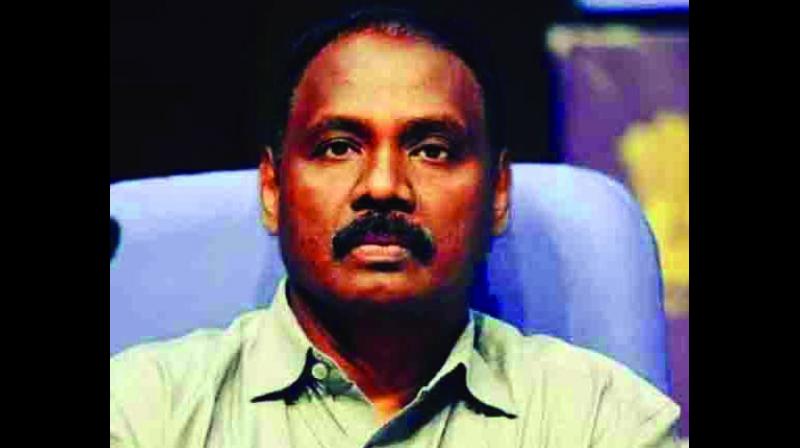 Srinagar: The state of Jammu and Kashmir formally split into two Union Territories (UTs) on Thursday amid swelling anger among the predominantly Muslim Valley, trepidation and reservations in sections of Jammu’s Hindu population and jubilation among Ladakh’s Buddhists.

The division and downgrade came on the 88th day after the Centre withdrew the state’s special status by abrogating Article 370 and announced its bifurcation.

The August 5 decision was subsequently ratified by the Parliament but sparked off a political row across the country with Opposition parties terming it a politically and ideologically motivated move of the ruling BJP and some legal luminaries stating that it would not stand legal scrutiny. The move has been challenged in Supreme Court in as many as 11 petitions filed by various political and civil society groups and activists.

This is for the first time that a state has been converted into two UTs even though there are numerous instances of a UT becoming a full state or a state being bifurcated into two states, like Bihar and Madhya Pradesh.

The two new entities take the total number of UTs to nine and bring down the number of states in India to 28.

The BJP has called J&K’s reorganisation “historic” and a tribute to Sardar Vallabhbhai Patel on his birth anniversary.

The Prime Minister, who was at the Statue of Unity in Kevadiya, Gujarat, on Sardar Vallabhbhai Patel’s 144th birth anniversary, defended the abrogation of Article 370 by saying that the special status provisions generated terrorism in Jammu and Kashmir.

“The new system in Jammu and Kashmir and Ladakh is not meant to draw a line on the land (to draw a boundary) but to build a strong link of trust,” Mr Modi said.

“Patel had once said that had he handled the Kashmir issue, it would not have taken so long to resolve it,” the PM Modi said in a veiled swipe at first Prime Minister Jawaharlal Nehru, often blamed for the Kashmir issue by the ruling BJP.

As J&K — which has been part of the Union of India since its accession to it in 1947 — ceased to be a state and formally bifurcated into two UTs, two IAS officers, Girish Chandra Murmu and Radha Krishna Mathur, were on Thursday sworn-in as Lieutenant Governors of Jammu and Kashmir and Ladakh, respectively.

While Mr Murmu took oath as the first Lt Governor of the UT of J&K in Hindi at a function at the Raj Bhavan in Srinagar, his counterpart, Mr Mathur, was administered the oath of office and secrecy by Justice Gita Mittal, chief justice of J&K high court, at a similar function held earlier in Leh. He took the oath in English.

A complete shutdown was observed in Kashmir Valley to protest bifurcation of the state. Many people interviewed by this correspondent termed it “a stab in the back”.

There is growing apprehension among people in the Valley that the main motive behind the Centre scrapping Article 370 and Article 35A could be to pave the way for “outsiders” to get their hands on the land and other immovable properties in J&K in the run up to change the demography of the Muslim-majority (erstwhile) state.

Former chief minister Mehbooba Mufti tweeted, “While Kashmiris mourn massacre of J&K, the same development is a source of sadistic pleasure to rest of India. The emotional gulf that exists between you and us couldn’t be any wider. You violated our consent and rights but will never control how we feel. Long live Kashmir, Insha’Allah (God willing)”.

She also posted the official flag of the erstwhile state which has since been removed from all government buildings and other locations.

Ms Mufti is among the several Kashmiri politicians who were detained on the night of August 4 and has no access to Internet. Her Twitter handle is being operated by her daughter Iltija.

Though there was jubilation in the remote Buddhist enclave of Leh over Ladakh being made a UT, several local political parties have demanded certain legal and constitutional guarantees including under Article 371 to secure their land, jobs and socio-economic interests, and culture. They have also asked for Ladakh being declared a tribal area under the Sixth Schedule of the Constitution.

However, in Kargil district of Ladakh, where Shia Muslims are in majority, various political parties and leaders have voiced concern over the move and want certain assurances pertaining to their political, cultural and economic interests. They are also apprehensive of probable “hegemony” of Leh and its Buddhist population.

In Jammu too, several political parties and sections of population are worried over the turn of events. They have demanded that the Centre put in place a provision of “domicile” requirement for various purposes, including purchase of land to protect the interests of the citizens of the region. This, they say, could be a provision under which a person who wants to buy land or seeks a job in a government department or agency should have lived in the state for a certain period of time as is the arrangement in Himachal Pradesh and North-Eastern states. The BJP also supports this demand.

Addressing a gathering in Delhi, Union home minister Amit Shah said Article 370 and Article 35A were the gateways of terrorism into Jammu and Kashmir. “Modi closed the gateway by repealing them,” he said.