The MLA clarified that he had actually opposed the resolution and said the laws were aimed at protecting the farmers. 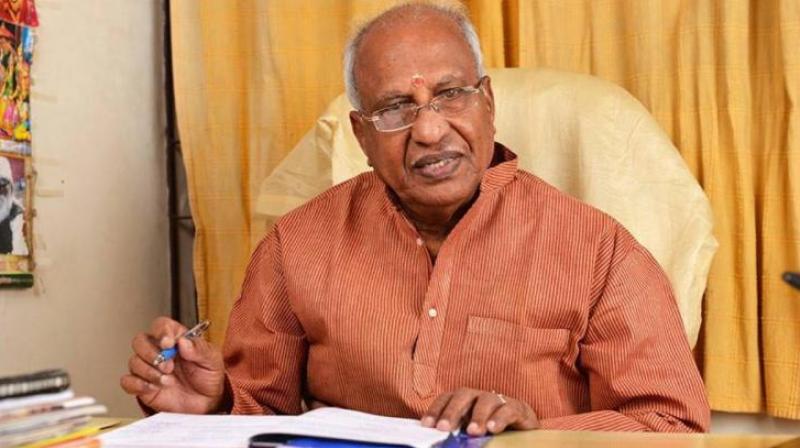 The demand was raised through a resolution passed unanimously in the state Assembly. The legislators belonging to the ruling CPM led LDF and opposition Congress led UDF vehemently opposed the farm laws during the special session of Assembly.

Even the lone BJP member O Rajagopal said that he agreed with the sentiments conveyed in the resolution. “We supported the spirit of the resolution despite having differences on certain issues pointed out in it,” he said at a press conference.

With his statement causing confusion in the BJP circles, the MLA clarified that he had actually opposed the resolution and said the laws were aimed at protecting the farmers.

Embarrassed by the Rajagopal’s statements, BJP state president K Surendran said he would look into the matter.

Earlier the resolution said that The Farmers (Empowerment and Protection) Agreement on Price Assurance and Farm Services ACt 2020, Framers Produce Trade and Commerce (Promotion and Facilitation ) Act 2020, Essential Commodities (Amendment) Act 2020 were not only against the farmers but also infringed into the state’s powers.

The resolution called for immediate solution to the farmers’ agitation. “If the agitation continues it will adversely affect a consumer state like Kerala. If food grains stop coming to Kerala, the state would plunge into starvation and it will not be able to face such a grave situation especially with no let up in Covid – 19 situation.”

The resolution pointed out that agriculture, market and fares came under state subject as per the Constitution.  The government should have convened the interstate council and discussed these issues with the states at length. Such serious matters involving agriculture were not even subjected to discussion in the Parliamentary standing committee.

The resolution said considering the concerns mentioned above, the Centre should accept the genuine demands of the farmers who are the backbone of the nation.

Even while supporting the resolution, the Congress led UDF hit out at the LDF Government for failing to criticize the Prime Minister’s indifferent attitude and his failure to hold with farmers in the resolution.

The opposition also took the government to task for not criticizing the Governor who had initially shot down the proposal to hold a special session of Assembly.

Congress MLA K C Joseph took a dig at the chief minister saying that he should not be afraid of Prime Minister Narendra Modi.

Responding to the opposition criticism, the chief minister said there was no need to mention the prime minister by name as the resolution was against the central government. He rejected the opposition charge that the government was soft on Governor Arif Mohammad Khan.

“We made the Governor see constitutional sense when two of our ministers called on him at the Raj Bhavan. We clarified our position by quoting various Supreme Court verdicts on governor-state government relations,” Mr Pinarayi Vijayan said.