It was in 2020 that Shiva Music Amar Bangla received the Gold Button award from Youtube for crossing the mark of 10,00,000 subscribers 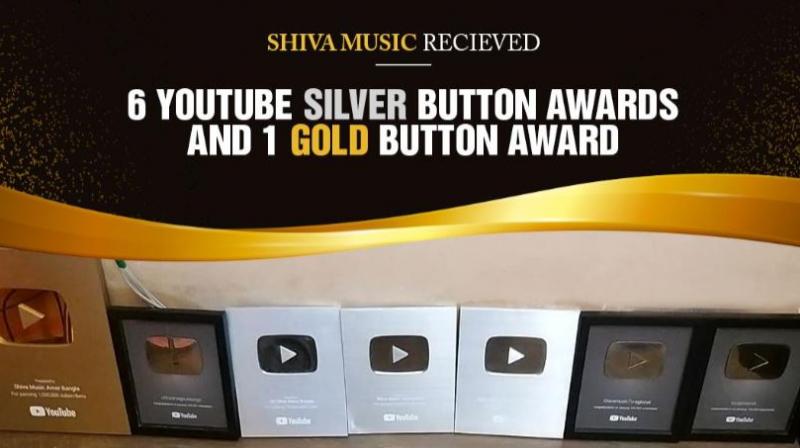 With the rise of digital platforms, many brands are striving hard to be at the top but Shiva Music is the one brand that has grown exponentially and has made a name of itself. Gaining over millions of subscribers on digital platforms, the firm has accomplished a lot. Among several channels, which are under the banner, channels like SS Films Sonar Bangla, Shiva Music Jhollywood, Shiva Music Hamar Jharkhand, Shiva Music Regional, Shiva Music Bhojpuri MrCineFines, and Shiva Music Amar Bangla have gained over 1,00,000 subscribers on Youtube in the year 2018. Awarded with the Silver button by Youtube, these channels exemplified persistence and dedication. It was in the year 2020, that the Shiva Music Amar Bangla received the Gold Button award from Youtube for crossing the mark of 10,00,000 subscribers.

Ms.Preeti Priya, the current Ceo of Shiva Music’s determination and dedication is the reason behind the company’s growth. Executing your vision includes a lot of risks but the current CEO of the firm believes that with confidence one can achieve anything he aspires. When asked about the future plans regarding Shiva Music, she says, “Currently, we are working towards expansion of our firm in all regional languages of India. We are hoping that with our hard work, we will soon step into Bollywood.”

Ms.Preeti Priya, Mr. Yash Raj Suneja, and Deepak Nath Sahay are the major shareholders of the firm who are thriving hard to grow their company. They have made this company one of the leading Music and Film Productions firm in our country. With diligence, Shiva Music has entered several languages including Bhojpuri, Khortha, Bangla, Santhali, Ho Munda, Sambalpuri, Odia, and others. Managing to be at the top in this competition isn’t effortless but with the team’s vigorous efforts, Shiva Music continues to be at the top. Previously known as Shiva Cassettes, from manufacturing Cassettes and Cds in Nagpuri language to entertaining audiences on global platforms, it has taken years of tenacity for the firm’s growth.

Brainstorming your ideas and executing them properly is the only way to succeed and Ms. Preeti Priya is a living example of it. Making it to Bollywood is going to be the biggest challenge so far. But we are sure that with team effort and dedication, Shiva Music is going to make it big in Bollywood and it will set an example for all the current and upcoming brands.