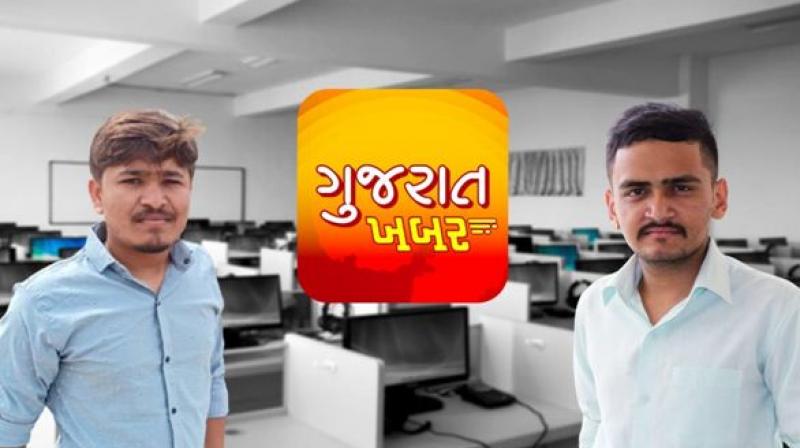 Digital news portals are making their way through and "Gujarat khabar" by Sagar Savaliya and Chirag Patel has surely made a mark by delivering quality news and making an attempt to abolish fake news circulating on social media platforms.

GUJARAT KHABAR was commenced back in 2018 and has received immense attention from the viewers for its delivery of quality content and in a unique way by its journalists Sagar Savaliya and Chirag Patel. Gujarat Khabar was initiated with an intention to reduce the fake news circulating on social media as it negatively impacted viewers and to supply the truth via thier digital news portal gujarat khabar.

The main objective of Gujarat khabar is to deliver news that create and impact on society rather than delivering content which does not add value to the viewers.

3 years down the line, Gujarat khabar is now one of the most well-known and trusted digital gujarati news portal with more than 2.50 lakh followers and a whopping 30 lakh viewers on monthly basis.

Digital online portal Gujarat khabar has won the number of viewers that it did by the way of delivering truth and making consistent efforts to reduce fake news.

Gujarat khabar has taken various steps for the same and is currently working to develop various other portals that will deliver content across various genres to its audience.

"Yuvagiri" is one of the portal by gujarat khabar that delivers the content regarding entertainment and business to its viewers hence making it accessible for young generation as well. Gujarat khabar has taken various strong and effective initiative such as the #faketak campaign which acknowledges the viewers about fake news circulating on social media platforms.

Sagar Savaliya and Chirag Patel generate revenue of 30 thousand dollar and have set an example of using social media platforms in a vigorous way to spread positive news and make the audience aware about fake news. The duo has now become popular on social media platform for delivering news with Honesty and integrity and taking a step to culminate positivity around journalism.With the help of social media sagar Savaliya has become a trusted and well known journalist in digital world.

With an increase in digital news consumption it has become increasingly important to remove the fake news and negativity surrounding it and gujarat khabar has contributed to do the same.

With providing insights across various genres it serves variety of audience and catches viewrs attention.