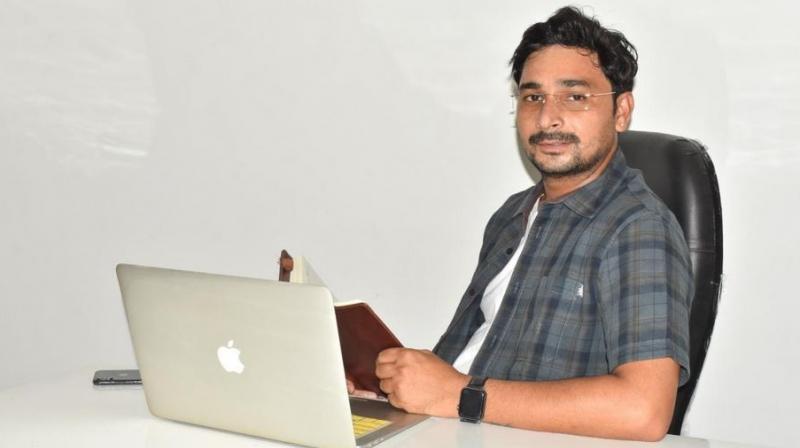 All these years with his dreams leading him to cast aside his comfort zone, Rudra Ravi Sharma has led an ambitious career and personality. If you are involved or not, the digital channels provide a great platform for entrepreneurs to start a company so that they can spread their approach.

We often see one side of the globe with short-sightedness, but being an extremely talented person Rudra has set an example of unboxing conventional ways of running processes especially in politics.

Being a farsighted person, he started his journey in the field of social media in 2010. When everyone else was learning how to make a Facebook profile, he was already using the internet to deceive people. With his vast knowledge about social media, he was already operating Facebook pages handling over half a million visitors individually.

In 2015, he co-founded 'InsistPost' after conducting extensive research about the online world. His media outlet was a big success, scoring better in the world rankings than Network18's FirstPost, which is ranked 1477th. This young zealous genius from such a large and popular web forum triumphed over the absurd assumptions and shown expertise in 'political action.' He started as a volunteer and became a political strategist in 2017. He recognised an opportunity in his interest in understanding social media and the political campaign algorithm as his work-based, and he used a digital strategy, particularly social media, to do so.

We all know how the general elections in India in 2014 and 2019 were ignited in an unprecedented way by social media. He foresaw the hidden aspect of the new technology movement before anyone else. In-state and national election campaigns, he led several winners, including the BJP, AAP, INC, Samajwadi Party, and others. His team worked tirelessly in Madhya Pradesh, Uttar Pradesh, Bihar, Haryana, and Andhra Pradesh ensuring the parties' large victories.

Whether you're a politician or a budding entrepreneur, Rudra, the founder of Webtale Media, believes that having an online presence is an important part of life. Having your business online, whether it's a website, an e-commerce platform, a social media presence, or a mix of all three, can help you reach significant benefits. Even if your firm does not conduct business online, clients and potential customers want to see you there, which Rudra Sharma understands and trusts to be truthful and reliable.

Through Webtale Media, the virtuoso now intends to cater to the branding and communication needs of corporate and political clientele. The venture is currently working for several real estates, education, healthcare, and political clients in Gujrat, Mumbai, and Delhi, with the support of an experienced team.

Working with well-known names is not easy, but it looks to be simple for him because he's already working on projects in India's north and south, where top names are already present in his list. His professionalism and politeness allowed him to build not only a web forum but also a credible group of people.

Throughout his journey, he has witnessed the rise and fall of his profession with the utmost vanity. His displeasure for unprofessionalism is how his principles can be understood. He not only have an upper hand on social media but also has a long background in the business sector.

Nobody should see the chinks in your armour, as the saying goes, and he honestly feels that those chinks in the heart's armour are where our true colours shine. Rudra Ravi Sharma is an aspirational individual, and his ambitions have driven him to step beyond his comfort zone for many years. These are just a few of his professional highlights, and his agility has been honed to the point that he may achieve even greater political success.

How Is Fantasy Gaming Booming In India?