In cases related to DHFL and Yes Bank scams, Dr. Panday has been a key factor in bringing truth to the surface in front of the law 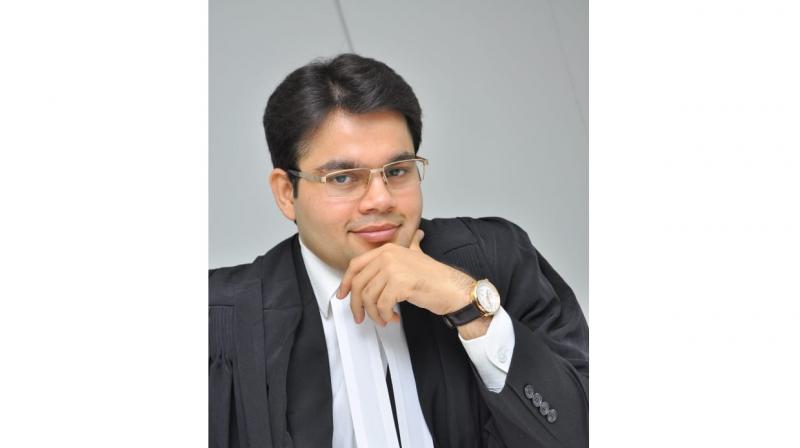 Dr. Kislay Panday is a Supreme Court Advocate who is on a mission to expose corruption and demolish corrupt modules in the country. This advocate par excellence packs in quite a punch when it comes the inner workings of a court of law. The fact that he has spent years in constant learning of the rule of law is driven by his amazing passion for advocacy. However, more than just a profession, advocacy has lent Dr. Panday a superior purpose in his life, which is to help the needy, weaker sections of the society against the corrupt forces that are out to harass the poor.

Known in the legal circles as “the man who demolishes corrupt corporate empires”, Dr. Panday is a solicitor practicing before the Supreme Court of India. He went to school in Prayagraj (Allahabad) and studied LLM in Corporate Law from the G.D. University. Owing to his sharp learning skills with which he has been building his knowledge bank, this remarkable advocate is widely acknowledged as an authority on cases related to property issues, corruption, financial frauds, scams, etc. With his display of authority inside the court of law, he has been setting high benchmarks of professional excellence. In fact, he is well-known as a people’s lawyer for fighting Pro Bono cases, which are related mostly to the downtrodden Indians. Dr. Panday’s compassion is not just limited to humans. Through his NGO, “Infova Foundation”, he spends time and his own resources for the welfare of animals as well as other social causes that need redressal.

In cases related to DHFL and Yes Bank scams, Dr. Panday has been a key factor in bringing truth to the surface in front of the law. His work with regard to using forensic investigation and legal intelligence remains unparalleled among his peers. For instance, in case of the DHFL scam, Kislay’s forensic findings, further affirmed by international agency M/S Grant Thornton, was helpful in winning the case. Dr. Panday’s hour of victory also materialized when the American forensic auditor, Grant Thornton, corroborated his findings in case of the financial irregularities in the DHFL scam. In fact, it was Kislay who coined the term “Criminal Purpose Vehicles”, which is now widely used in terms of forensic audit. In case of offenders like Shahabuddin, Yes Bank and some other NBFCs, Dr. Panday’s aggressive stance inside and outside the court defined the outcome eventually. As per his work record, he has taken up cudgels on behalf of victims of scams perpetrated by a number of corporate houses. In this process, this legal maestro has been instrumental in demolishing many corrupt corporate empires. It goes without saying that challenging the might of wealthy corporate giants must not have been easy for him. It wasn’t but he kept treading on the righteous path because of his resolve to set things right in the society.

Quite naturally, being in the eye of legal storms galore often sees Dr. Panday facing the brunt more often than not. He has received life threats, smear campaigns are run against him, fake news are circulated too, since the offenders, who have been sent to prison, want to settle scores with him. However, whatever the pressure, nothing has succeeded in silencing this crusader of truth or in quelling his voice of sanity and justice. It is this unrelenting attitude of his, which has seen Dr. Panday credited with devising a number of path-breaking laws, later favorably ruled by the SC as well. In one such instance, the apex court has stated “a fair trial is the right of not only the accused but also of the victim.”

Dr. Panday’s positive personality, passionate vision and down-to-earth attitude has made him a messiah of the weaker sections of the society. Despite its shortcomings, Dr. Panday has full faith in the country’s unflagging enterprise and spirit. He believes that if people are shown the right direction and handed enough opportunities, their aspirations could be fulfilled.

Rise of Appinventiv: Journey of the fastest-growing digital transformation company