With theatres shut for over six months now and many movies being routed to OTT platforms, exhibitors are fuming over their financial losses 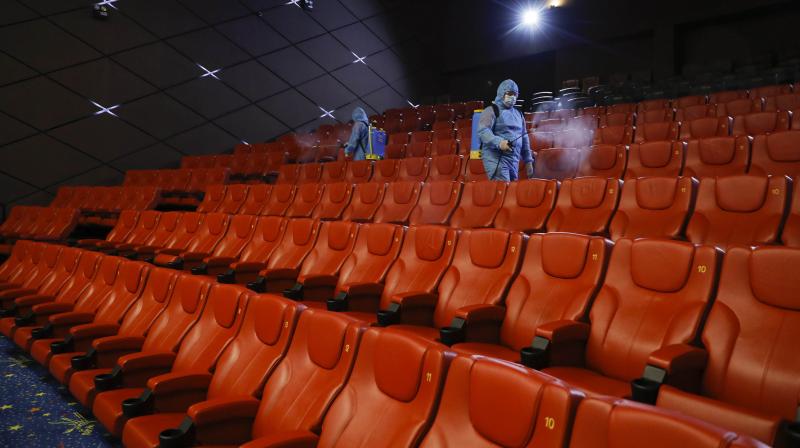 Picture for representational purposes only

Though the nation is currently in the process of a phased ‘unlock’ —  almost every public space has been opened, including temples and gyms — cinema halls across the nation are yet to set their screens rolling. There’s no clarity on when this will happen; the Home Ministry is yet to take a decision in this regard. Exhibitors are staring at huge losses.

Getting tough to stay afloat

According to CARE ratings, theatres are accumulating losses close to `150 crore each week of closure, and film distributors are staring at losses of around `3,500 crore as of now. “It’s been about 25 weeks and theatres have not been opened. While they have been generating zero income, there are fixed expenses like property tax, rents, salaries of the employees and maintenance needs. For any business to run for six months in this scenario it requires magic,” says Akshaye Rathi, a film exhibitor from Nagpur. “It has now reached a point where we can’t sustain. We have to start working so we can stay in business,” he adds.

Ratan Jain, Director of Gold Cinema with about 154 screens across India, stresses that closure of theatres is hurting the employees. “You have electricity bills, property tax, and regular expenses on the maintenance of theatres.

They can’t be kept closed for six months. At least the government can waive tax and electricity charges,” he points out.

Cinema halls in India had a bad start in 2020, with only the Ajay Devgn-starrer Tanhaji doing well at the box office before the theatres had to be shut down. Film distributor Raj Bansal from Rajasthan says, “If theatres don’t open till December this year, at least 250 single screen cinemas might close down. And families of 3500 workers will be affected.” “When everything else has opened, why not theatres?” demands Jain. “In every country but India, theatres have opened. Our bank balances are running out and single screen owners are living hand-to-mouth.” In India, the cinema industry generates a huge amount of tax income for the Government and supports millions of livelihoods. “Government makes maximum money from cinemas and actors but when it’s about helping us, the government has turned mute,” alleges Bansal, and Rathi agrees, saying, “Despite the fact that theatres are among the largest tax-paying groups, there is no scheme for cinema owners.”

A few days back, exhibitor Rathi, started a #SaveCinemas campaign, and actors like Abhishek Bachchan, Siddharth Malhotra and others supported the initiative. However, no one has taken serious notice of the issue. “They are earning, so they won’t speak out. They don’t have financial worries like cinema owners. When they are talking about everything happening in the industry, then why not about cinema halls? They should show sympathy,” asserts Jain, and Bajaj adds, “It would be nice if stars speak up. It would help the exhibitors fight. The entire film industry has to come out openly in support of re-opening theatres.”

What you need to know about payday loans