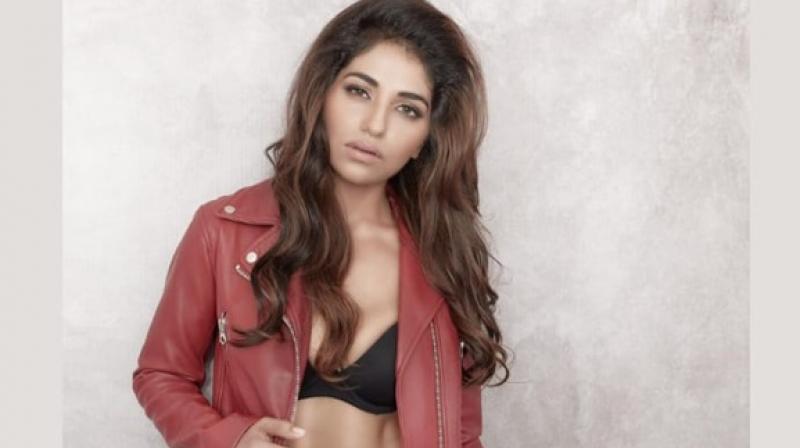 Shikha is also a fitness freak and can be found in the gym when she isn't shooting and has some time off for herself. (Photo by arrangement)

The OTT has taken the industry by storm and every day we come across mind-blowing shows and movies with excellent storylines and characterisation. One such web-film which featured on Zee5 premium is “One Stop for Love”; popular amongst all groups of audience, this romcom has got everyone buzzed and talking about it. Perhaps, one of the most loved and talked about characters of the movie was Kamna, played by the ravishing Shikha Singh (also known as Shikha Singh Rajput).

Born in Delhi in a Rajput family, Shikha has always been passionate about films and acting from a very young age which led her to be an active member of the theatre. She claims theatre to be her first and foremost love. Singh was also seen in TV serials like ‘Ikkyawan’, ‘Pyaar Tune Kya Kiya’ as well as the movie, ‘Fanney Khan’. She also made appearances in reality shows like MTV love School, music videos and is perhaps progressing towards being one of the widely recognised faces in the industry today with her upcoming projects. In her latest appearance, she was appreciated for her bold, seductive and charming portrayal of the character Kamna which stood out from the rest of the cast.

Shikha is also a fitness freak and can be found in the gym when she isn't shooting and has some time off for herself. This Delhi kuddi has also successfully carved her way into the South Indian film industry where she is already working on a couple of Telugu movies. Singh would also be appearing in few Punjabi music videos with various artists which would be released soon.

Well, with that personality and charm, we can surely admit that this newbie actress is here to stay and set her mark. We wish her all the best for her future endeavours.