18 Apr 2020  Vaibhav Choudhary: Expanding horizons with his ideas as a social media influencer
In Focus

Vaibhav Choudhary: Expanding horizons with his ideas as a social media influencer 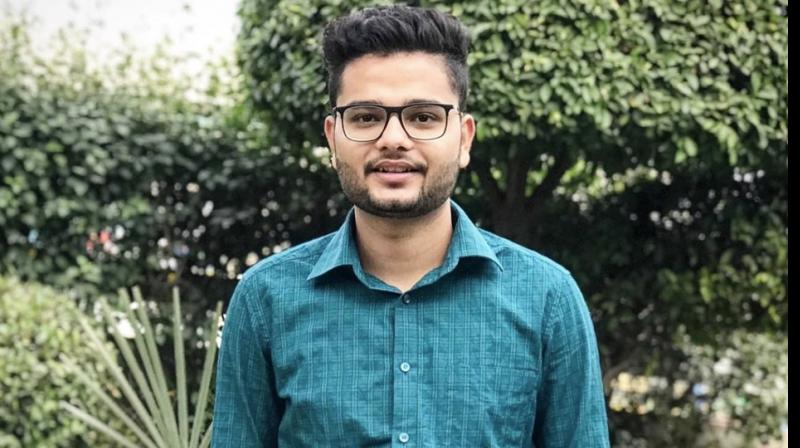 Parents, especially in Indian societies, want their children to focus first on completing their studies and then while they are in school or college want them to decide what stream they wish to take to become what they want to eventually. They press on this idea of determining everything since the beginning and want their children to focus on one particular thing, to work towards it and make their careers. But there are some who are meant to just go with the flow and not follow any rules to become successful.

Well, we have a young guy here named Vaibhav Choudhary about whom we would be talking today whose parents, friends and family just like everyone else wanted him to focus on his studies first and then think of choosing a field and do something in his career. But the only thing that Vaibhav did was to just go with the flow. And, this decision of his made Vaibhav enter the field of social media influencing at a very tender age. Hailing from a small village named Chandena Koli in Saharanpur, Uttar Pradesh, Vaibhav completed his 12th grade in Saharanpur and is currently in his last year pursuing BA from Delhi University.

What made Vaibhav quite different from his friends and kin was the fact that he never waited for his studies to get complete and then plan for his career. Vaibhav just dived into the opportunities that came by his way to take full advantage of them and learn as much as possible from each work opportunity. His career started when he was all of 15 years old. This young man ventured into social media influencing back in the year 2014 when he was still in his 11th grade.

At only 15, when you are still trying to figure out life, Vaibhav had already figured out what he wanted to do. He also admits saying that in those times nobody was so much into social media and not every other person was crazy about it. In fact, very few had the knowledge of the medium and he was an exception amongst many around him to venture into a medium which was still growing at that time. Nobody then had supported Vaibhav and every other person used to advise him to only focus on his studies, but Vaibhav decided to go against the waves and create a journey all by himself.

Vaibhav was the first to do something this creative in Saharanpur and nobody before him had even attempted at doing something like that in the district. Till now, Vaibhav has worked with a lot of celebrities and big names of B-Town and with his social media influencing and PR skills has helped them garner many followers on their social media accounts and increased their fan base organically. He also works as a celebrity manager for sports personalities.

Today, Vaibhav has already proved himself as a skilled and talented social media influencer who went against the tides of society and made his career at a very young age. Vaibhav proves to be a shining example and an inspiration, especially to people from small towns who dream big in life. He only follows his heart and urges people to do the same and start very early in life to expand newer horizons and learn each day.

No Deccan Chronicle journalist was involved in creating this content. The group also takes no responsibility for this content.