Zubair's relatable content has been wooing audience not just from the UAE, but across the world 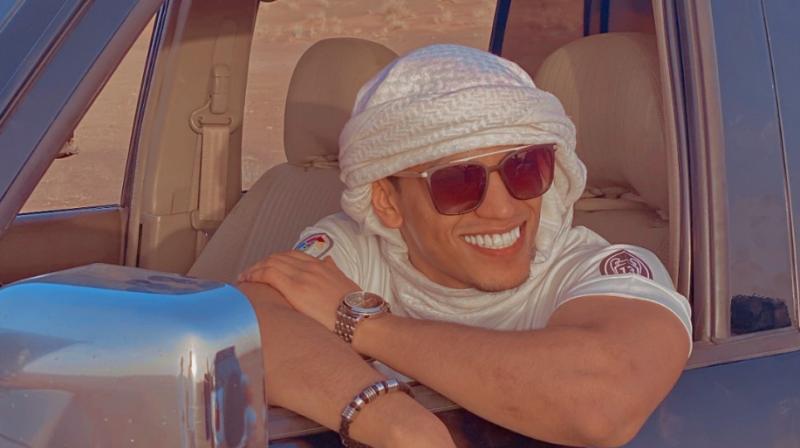 With the ever-increasing popularity of Instagram amongst varied age groups all over the world, audience has become more selective about the content that they want to interact with. This has added to the challenges of  content creators to capture their audience's attention. But for Zubair Bin Jaafar Ba’oom, also known as Zubair Sarookh, the UAE-based Youtuber and Social media influencer, it comes across as an easy task!

Zubair's relatable content has been wooing audience not just from the UAE, but across the world. Zubair enjoys heavy popularity in countries like India, Pakistan, Canada, USA, amongst others. Zubair is particularly famous for his ability to portray various characters in his videos. He single-handedly portrays  dual roles in a video, drawing audience's attention and garnering mass digital visibility. Zubair's digital presence boasts of close to million followers on Instagram and YouTube respectively, and a whopping 1.2 Million followers on Facebook, marking his digital presence upto 4 million, today!

Zubair's video that showed him ordering a chicken garnered one million views in two hours, making him an overnight internet sensation! Zubair stated, "It was an overwhelming experience. This is exactly what they call, 'changing fate in a flicker of a moment.' I had a regular job but after my video went viral, I decided to work on my videos and spread happiness." Zubair boasts of an intercultural upbringing given the fact that his mother is from India and his father originally hails from Yemen. After attending high school, Zubair worked for several years at Sharjah International Airport before beginning his tryst with content creation in 2015, way before popular platforms like TikTok came into existence.

Zubair states, "When I began creating content, I got familiarised with the challenges of editing, scripting and directing. I must say, it takes a lot of efforts behind the camera as much as one has to work hard in front of the camera. But with time and efforts, I was able to ace the trick! I would like to thank all my fans and supporters for showering their love on my content. It means alot to me and motivates me to strive harder, each day. I am delighted that I am able to bring a smile on your face with my content."

Zubair further adds, "With the vulnerability that the world has faced in the recent times, it is essential to smile more often. I would keep trying my best to spread joy and happiness through my work." Zubair is a popular content creator today and a true 'happiness ambassador' for his fans all around the world!