Marcello Cantu Emphasizes the Importance of Consistency When Starting a Business

For him, mindset is the most important trait of being an entrepreneur 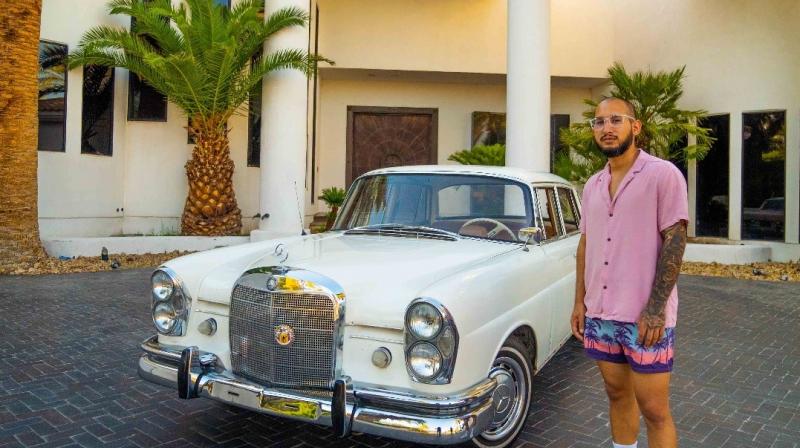 Marcello Cantu has endured many roadblocks in his life, and with experience, he’s learned how to effectively turn challenges into lessons. For him, mindset is the most important trait of being an entrepreneur.

“If you have a negative mindset you will give up at any minor inconvenience that comes your way,” says Cantu. Instead, Cantu suggests learning from your mistakes and making plans ahead of time. He spends a substantial amount of time factoring in what could go wrong and figuring out how he can handle situations when they arise. He explained that he often prepares for the worst possible outcome, but always keeps a positive attitude and hopes for the best.

“Mindset is everything. If you don’t believe in yourself then who will? If you don’t have the mindset and mental fortitude to grind out day after day, month after month, you won’t make it. At least not in my space,” Cantu boldly stated. It was these thoughts that kept him moving forward even when he felt as if he had no reason to keep going. When discussing these difficult times, there’s one specifically that comes to mind for Cantu. Cantu explained:

“There was a time when I was trading cryptocurrency years ago. I was swing trading and shorting (betting the price would go down) Bitcoin. I made $18,000 on a single trade one time. I spent 10 hours a day waiting and trying to time a trade for 20 days. I missed it by 1 hour. It was 4 a.m. in the morning and I couldn’t stay awake any longer. I literally opened the trade at the best price I could have that night and then closed it once I realized I couldn’t stay awake and monitor It. It would have been a huge trade that would have dwarfed my prior trade. I got emotional after this and started over trading aggressively and took a good hit on some losses. The lesson I learned from this is that don’t make major decisions when you are very emotional and to be patient because there is always another opportunity around the corner.”

Cantu has learned that sometimes failure teaches valuable lessons. It took one mistake for him to learn his lesson and he hasn’t made the same mistake since. He always tries his best to take care of himself by getting the right amount of sleep and eating healthy.

He has found that a healthy lifestyle greatly helps in attaining a clear mind before starting the day, something he believes is critical to achieve success.

Cantu understands that having a great support team around him helps maintain his success. He has three like-minded business partners, and many employees who radiate positive energy and encourage each other every day to maximize their potential.

He mentioned that his team members help him keep a level-head in stressful situations. “More minds thinking together can solve problems much easier,'' Cantu stated.

With all of this in mind, Cantu and his associates have grown their business, Project Wifi, to the top of the industry. Project Wifi, an Amazon management business and dropshipping mentorship business, functions with the objective to help other Amazon businesses reach their goals.

Cantu worked countless hours to position himself where he is today, and he greatly enjoys spending his time traveling the world. He loves being his own boss and having the freedom that comes along with it. Although he is financially set, Cantu does not plan on retiring anytime soon, and is currently focusing on building his businesses to new heights.

Kayasetu Meh Mukti, the only herbal remedy for diabetes with no side effects

It is possible to save tax while filing I-T Return with TaxBuddy.com