I told Arfeen he will marry me, says Sara Khan 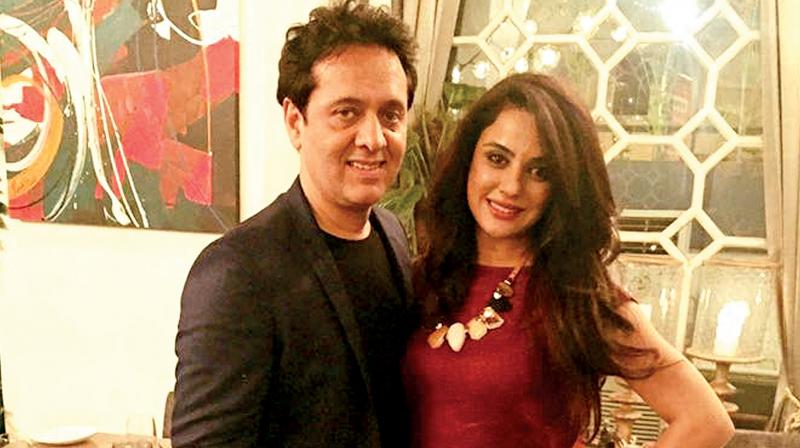 Actress Sara Arfeen Khan and her husband Arfeen Khan knew that they were made for each other even before they fell in love. Incidentally, Arfeen was smitten with the actress when she was admitted to the hospital. Since then, the two have been together. Even as Sara and Arfeen admit that they have had their share of ups and downs, their relationship has always remained their priority. In an interview, we talk to them about their journey. Edited excerpts:

Sara’s illness is what got you two close?
Arfeen: Sara was really sick; so much so, that she had to be admitted to the hospital. When I went to meet her, I knew I was going to marry her, though we did take a lot of time to finally walk down the aisle.
Sara: When we met, I observed how he conducts himself. He appeared very calm, which is very different from who I am, because I am a hyper person. We developed a friendship first, and I always noticed how he used to deal with day-to-day situations. Before I was admitted to the hospital, I knew he liked me a lot. In fact, it was mutual. One day I told him that he will marry me. He started laughing, but we all know how it ended. (Laughs)

So who confessed their love for the other first?
Arfeen: It definitely wasn’t me. I’m not one of those guys — I show love, I don’t talk about it.
Sara: Arfeen is weird but practical. My friend’s boyfriends always got them flowers, and would say ‘I love you’ all the time. When Arfeen and I fought, he wouldn’t say anything. I knew he cared since he has always been there for me. I complained to him about why we don’t hold hands and he would ask, “Are you running away?”

I have realised that one has to be consistent. Initially, every one tries to impress their partner but eventually they stop doing that. So it makes sense to be the person you are, so that your partner can handle that 10 years later as well.

So, would you say that acceptance was the key in your relationship?
Arfeen: We have been through tough times too. I have always been open in my conversations. The first three years were fantastic and after that it was difficult. But then I thought, am I the problem, Is there something can do differently to make it work? I realised that there are a lot of things that I need to change about me.

At any point, did you feel like giving up on the relationship?
Sara: Before marriage, I did. I am a spontaneous person so when I decided to marry him, I wanted it to happen soon whereas this guy was taking his own sweet time. I assumed that he’s taking it easy because I was there with him.

So I walked away, for the fifth time. This time I thought it was over forever. Then I got a call from his twin sister asking me to meet him. This was the first time his family called me up in years.

Were you apprehensive of the huge age difference between you two?
Sara: Actually, never. Age is just a number. Relationships are about understanding and companionship; nothing else.

You come from different religions. Was it ever an issue?
Arfeen: Her parents were very supportive. They never said anything to me about my religion. It could have got difficult from both sides. But Sara converted to Islam much before she knew we were getting married. She learnt Arabic and even read the Quran. She’s amazing, neither my parents nor I ever asked her to convert.
Sara: When I was in London for my education, I started researching in Islam. I started discussing things that I have learnt with Arfeen. He would  also tell me a few such stories. That’s how I got inspired. I told my parents about it and it just happened.

Does her filmy career bother you?
Arfeen: Initially it did. Until one day, she told me that I go about telling hundreds of people to follow their dreams, but what about her?
Sara: I would tell him that when I get old, I’ll trouble you then about how you didn’t let me follow my own path.

You two are attractive people. How do you resist the temptation with the attention you receive?
Arfeen: I like intelligent women, someone you can have a conversation with, but I have a family and my family is important to me. My profession too is very important to me. Giving in to temptation would tarnish my entire life.
Sara: I like the attention that I get but I don’t like the actors.

Have you ever felt like you don’t give each other enough space?
Arfeen: I guess it happens, right? I actually have a big problem with the term space because I always think it is a sign of danger when they say they need space. If you love being with someone, why do you need space? I don’t want to be away from her.
Sara: It think it is very important to have space. It drives me insane to see somebody calling his or her partners zillion times.

Rapid Fire
Ultimate romantic fantasy:
Arfeen: I want to own a house in Santorini, Greece. I have never been there but I know I want to settle there.
Sara: Santorini. I want to talk around with a basket of fruits and flowers and sit in a café. Arfeen can cycle around.