Rajub Bhowmik's ardent passion for poetry has led him to create something truly unique. 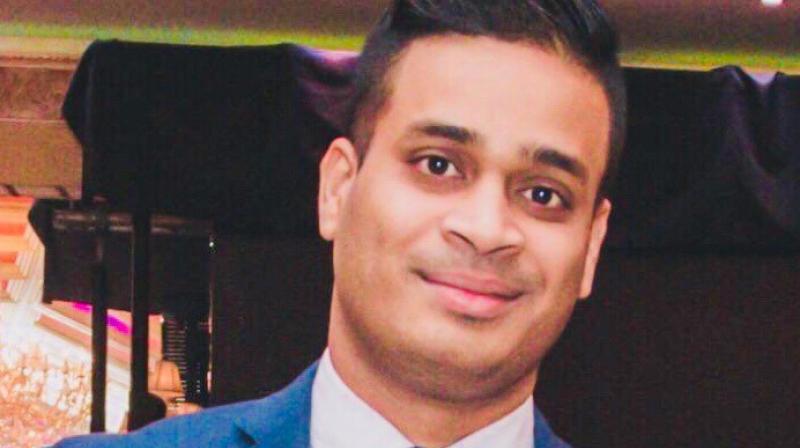 For eons, poetry has served as a medium through which people have been able to express themselves in a variety of subjects. While poetry exists across various cultures and in several languages, it is as simple as it is complex. Poets are constantly looking for ways to allow their work to grow, evolve and transform, believing it to be the ultimate form of expression. One such pioneer is Rajub Bhowmik, whose ardent passion for poetry has led him to create something truly unique.

Bhowmik’s deep-rooted love for poetry led him to create the Ayna Sonnet, commonly known as the mirror sonnet. The Ayna sonnets follow a specific pattern of rhymes, intricately linked to a masterful play of words. While palindrome poetry had been written in the past, the same was never deemed possible for sonnets, especially those written in Bangla. These sonnets comprise of 14 lines and 14 letters, essentially being two poems meticulously crafted into one sonnet. This does justice to its name since it can be read from top to bottom and vice versa (‘Ayna’ means mirror). Bhowmik further elaborated on the subject, “While palindrome poetry has existed for ages, it is not nearly as challenging as creating a palindrome sonnet. I wanted to create a new type of sonnet and make the impossible not seem so.

Bhowmik was fond of writing poems from an early age and explored the art form in greater detail as a teenager. He quickly realized that he loved expressing himself through it. While he drew inspiration from many prominent names from yesteryears, he also worked hard and constantly pushed the limits of his creativity. He was not content by merely writing poetry in prescribed formats, and wanted to leave his mark on the industry. Thus, he delved deeper into sonnets, studying their rhythmic patterns and emotional essences, which ultimately lead to the creation of the mirror sonnets. He explained further, “Poetry came to my rescue. It helped me express myself eloquently to those around me. I was able to share my feelings, emotions, and experiences with the world around me.”

While he may have an illustrious career in New York law enforcement, Rajub’s real passion has always been his literary and poetic pursuits. Having written more than 500 sonnets and a variety of books, Bhowmik has penned down words on topics as vivid as love, philosophy, nature, afterlife, and politics. When he isn’t busy redefining the very fabric of poetry, he spends his time working as a professor, inspiring and educating students.

Dr. Rajub Bhowmik believes that he has excelled professionally as he always made sure to devote plenty of time to his poetic endeavors. Readers around the world have expressed their appreciation and admiration for Bhowmik’s work. He is a man of many talents, and his contributions to the field of poetry and literature are truly noteworthy. It is safe to say that this widely celebrated poet has a penchant for pumping life into his words.