It was a pleasure to get both these legendary artistes to open up on various aspects that make them the extraordinary people that they are. 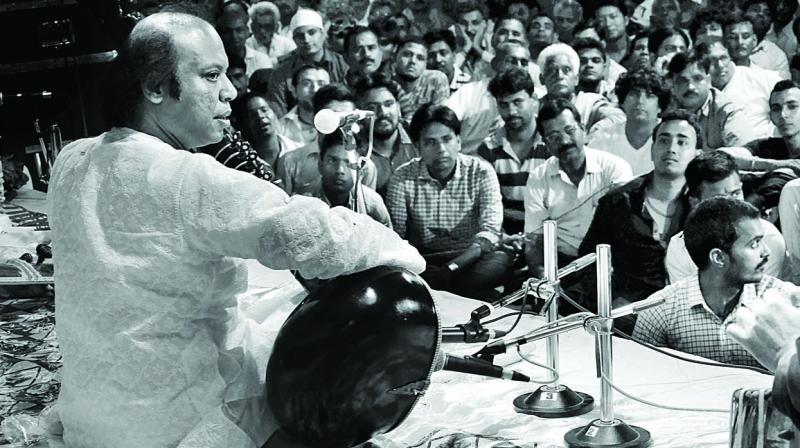 Ustad Nishat Khan, one of the torch bearers of the Inayatkhani gharana, of which he is a 7th generation representative, is an exciting sitar player. He combines technical skill with an aesthetic sense that is delightful; his many years of living in the West have added to his persona as a musician. Bombay Jayashri has the most magnetically arresting voice of her generation; her “taalim” from both Carnatic and Hindustani musicians has given her an unmatched musical sensibility, and her groundedness adds an unmistakably attractive quality to her music. It was a pleasure to get both these legendary artistes to open up on various aspects that make them the extraordinary people that they are.

As an artiste, for you, how important is it being connected to nature?
Nishat: I literally thrive being connected with nature. Every now and then I need to get away from life in the city and connect with nature. I love the hills, and I am fascinated with the moon and gaze at it for hours. I think slowing down mentally and connecting with nature is also spiritually uplifting and necessary as an artist. One evolves and grows if one nurtures one’s connect with nature. Constant repetitive practice as a musician can make one’s music sound stale; nature inspires one, so you definitely evolve as a musician if you remain in touch with narture.

Jayashri: I think it’s a very, very primary thing, because, in a sense, music is nothing but the voice of nature. Music ultimately is an extension of what we are. Of course ones trains, but what emerges from within, as true music, is due to our responses to the beauty we see without. As a musician, it’s important to be sensitive to nature around you — if, when you look at something beautiful in nature — say you see a bush washed by rain, and it doesn’t touch you, then actually, that’s when you stop being a student of music, you stop evolving as a musician. You have to have the ability to be sensitive. Fortunately, as an artist I travel a lot, especially in the smaller remote areas, in the hills, in Kerala, so I remain attuned to nature constantly, on a daily basis.

Do you listen to a lot of music in your spare time? If yes, who?
Nishat:To be honest, I am not really comfortable sharing who I listen to, it’s too personal. But I will admit I am linked with music all through the day whether it’s my own practice or through teaching my students…for me, music is too integral a part of me; it cannot be in the background; when it’s on I give it my full attention. 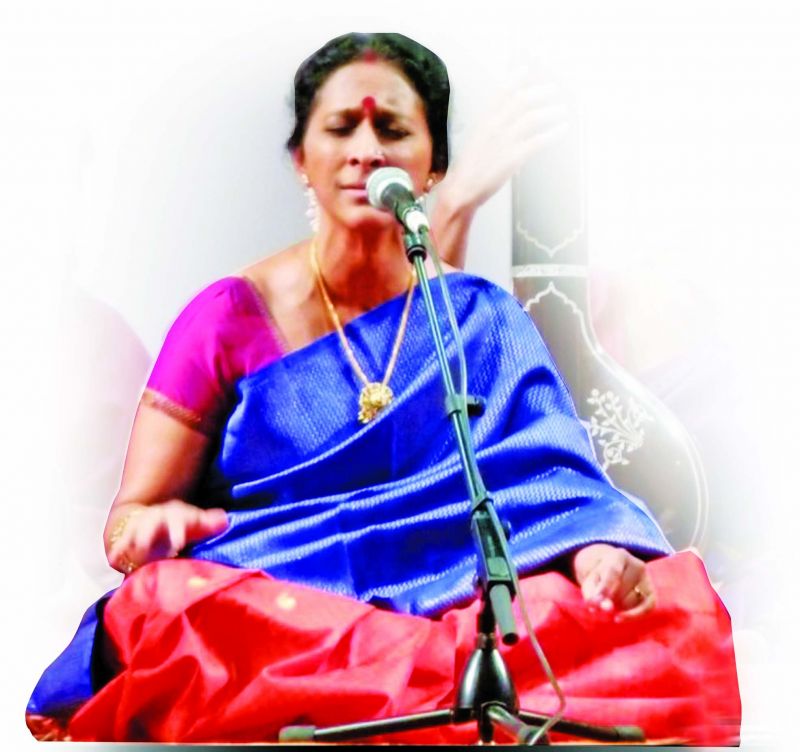 Jayashri Bombay during a performance

Jayashri: Yes, I do still hear a lot of music; something that still really invigorates me is the Hindi film music of the 1960s to the mid 1970s. Just recently I heard an array of Gulzar sahib’s pieces, music by the great R.D. Burman. Favourites are from the film “Kinara”: “Naam ghum jayega”; from “Aandhi” “Kis mor pe jaate hai.” I love Mehdi Hassan sahib, a favourite ghazal is “ab ke hum bichre”.

Amongst Carnatic musicians, of course I hear a lot of my Guru, Lalgudi ji, G.N. Balasubramanyum, K.V. Narayanaswamy, M.L. Vasanthakumari — there are so many. Amongst the Hindustani musicians, I adored Ustad Rais Khan’s sitar. Ustad Vilayat Khan too of course; sadly I never heard them live.

Who is your ultimate all-time idol musically?
Nishat: My uncle, Ustad Vilayat Khan. The Yug Purush of music of the century.
Jayashri: My Guru, Lalgudi Jayaraman.

What frightens you the most?
Nishat: Not being able to play the sitar. I remember even as a child not playing cricket in case a fast ball hit and hurt my fingers. When I read of arthritis I feel scared and pray I never get affected. The thought of wanting to express something through my sitar and being unable to do so is a really chilling thought!

Jayashri: I’m scared of cockroaches!!! Musically, I would say I’d like to be able to hear music always, it’s scary if that ability goes. I have never really felt scared of losing my voice like most vocalists, as I feel that God has given me my voice, and He will see that I have it for as long as He wants me to have it.

Which one event has moved you the most?
Nishat: Again, it’s too personal to relate! I can talk in general of what moves me — spirituality, and nature. Playing my sitar at the dargah of Hazrat Nizamuddin in Delhi always moves me hugely. When I play in the stillness and that total quietude that you get in the mountains; the resonance of my sitar moves me.

Jayashri: In December 2016, cyclone Vardah happened in Chennai. The devastation it brought was huge — more than 2,000 trees were uprooted. I remember driving down the same familiar route to my home and no longer finding trees — it was like a part of me was missing. In my lifetime, new trees won’t come up again; I had no idea that the trees meant so much to me! The flowers in April, the shade in May and June … I remember being really moved, and wanted to express my devastating loss through music — the Chennai Music season was on, and at my next concert, I sang a raagam taanam pallavi, using lyrics that I composed myself in Sanskrit, dedicated to the trees.