On his 80th birthday, we remember the musical genius who changed the course of Bollywood music with his path-breaking compositions. 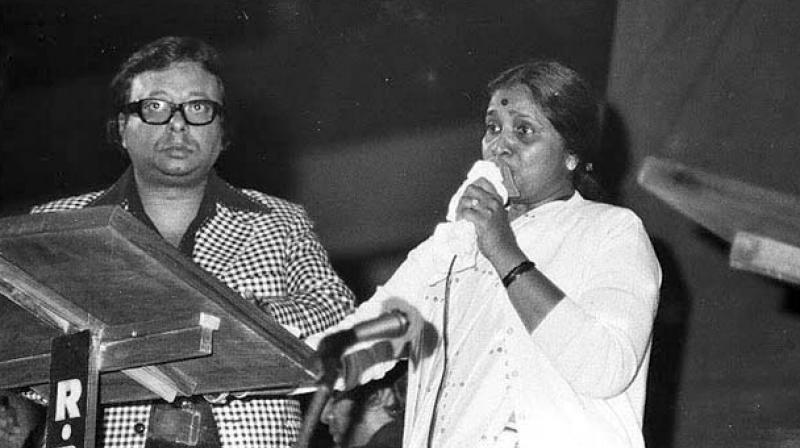 Earlier this month, the Chief Minister of the northeastern state of Tripura, Biplab Kumar Deb announced the government’s plan to build a museum celebrating the works of the late musical composer Rahul Dev Burman. The legacy left behind by Burman, who is fondly remembered as Pancham or just with an abbreviated RD by his fans is so profound that till date, there hasn’t been any other Bollywood music composer who could revolutionise the musical landscape as Pancham did in the ’70s and ’80s. On what would be his 80th birthday today, Pancham’s music legacy continues to echoes from the radio and music channels, ubiquitous tribute concerts and even in shoddy remixes of his evergreen songs.

At the time when the rooted and semi-classical melodies of Shankar Jaikishan, OP Nayyar, Madan Mohan, Naushad and Pancham’s own father Sachin Dev Burman had defined the music of that age, Pancham, had stepped into the world of composing as a rebel, bringing international influences of rock, disco, jazz, and everything in between in his compositions. His breakthrough came in 1971 Rajesh Khanna-starrer Kati Patang. While Pyar Deewana Hota Hai became an anthem for scorned lovers, Mera Naam Hai Shabnam from the same movie became ‘India’s first Hindi rap song’. Experimenting and adapting was his forte, and his discography with chartbusters like Rim Jhim Gire Sawan, Yamma Yamma, Mehbboba, Mehbooba, O Mere Dil Ke Chain, Tum Aa Gaye Ho, Yeh Jawaani Hai Deewani, Tum Aa Gaye Ho and countless others became the songs that refuse to get old.  “All his songs had a good mix of various melodies. Not only that, sometimes, his antaras were superior to his mukhdas. His orchestrations were extremely modern. His music is still relatable. Sonically as well, I feel like what they recorded in the  ’70s and ’80s, sounds so good right now, that it sounds better than a lot of present-day recordings,” says the music composer Pritam, who has grown up listening to Pancham’s songs, and calls Kabhi Palkon Pe Aansu Hai from Harjaee as his favourite song by the maestro. Adding to this, Anirudh Bhattacharjee, whose book R. D. Burman: The Man The Music is one of the best chronicles on the life of the maestro, says, “Integrating so many instruments into the actual melody is something, I feel,  he thought of. His music in the sense became a combination of vocals and a lot of instruments, which were arranged very nicely, such that vocals never surpassed instruments, and neither instruments surpassed the vocals.” 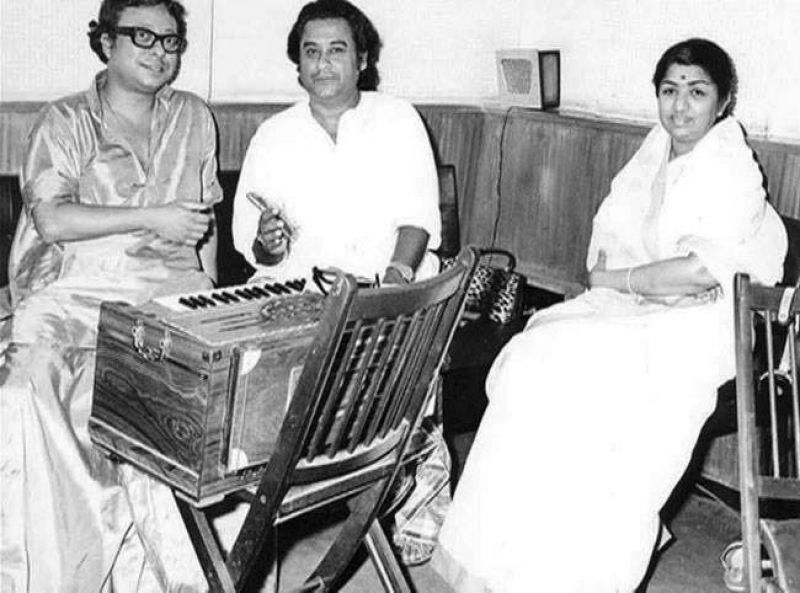 For Anu Malik, who was just nine years old at the time when he heard Dum Maro Dum from the 1971 blockbuster Hare Krishna Hare Ram, life was never the same. “I used to worship Shankar Jaikishan when I was really small, but when I heard Pancham Da, I was like ‘who has come out with a rhythm like that? Who has invented the soul rhythm?’ The soul rhythm was really new because as composers, we were only hearing simple beats on a tabla and dholak. And here was a man experimenting with his guitar, redefining musical and actually putting his music on the world map,” he fondly shares.  Adding further he says, “He was the only man who had changed the face of music, in terms of sound production and tune formation and he brought in world music. So, you could have Nigerian sounds creeping somewhere, you could have afro music, Lebanese, Latin, — you name it and he has experimented.” 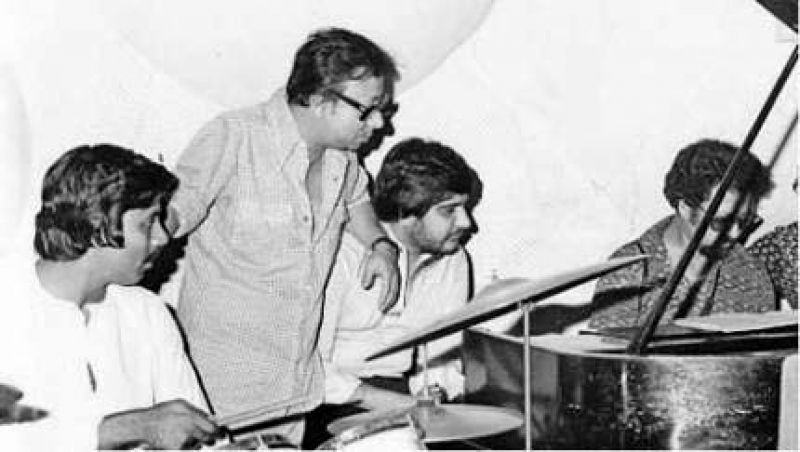 RD Burman with his musicians

It was in the 90’s that Pancham experienced his downfall. A number of his films flopped, and as Bhattacharjee puts it, “for some reason, he collectively took the blame for it.” His deteriorating health, self-criticism and being tabooed as unlucky for films, Pancham was experiencing his worst. In 1996 when Ghatak’s score was half completed by him, Malik, several years his junior, had to step in to complete the former’s compositions. “So I went to the studio,  I met him, and touched his feet. I noticed he was wearing a purple lungi, and I could see a slight cut of the by-pass surgery. There was a vein that was cut from his leg, so I started sobbing. And he heard my sobs, and he told me that he will be okay and gave me a hug. I don’t know how you would react, if you worship somebody, and he is in pain and  comes to give you a hug. That was a surreal moment for me,” he concludes.