At the moment, Harshit Chauhan is working in a conceptual musical named Rockstar Returns as lead singer, with Indrani Bhattacherjee as his co-singer. 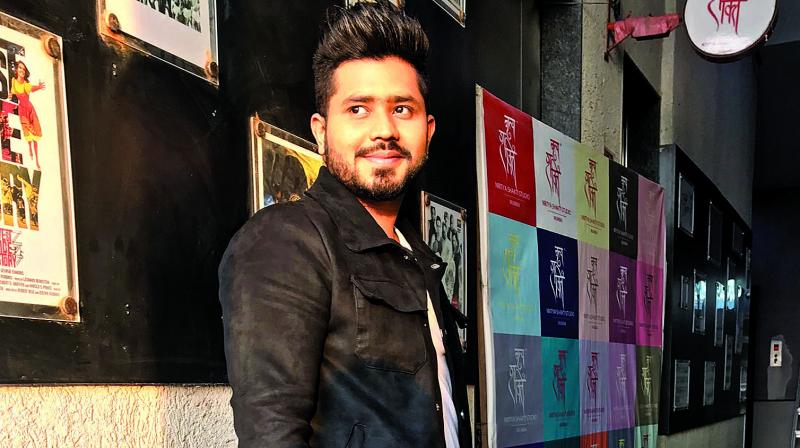 Harshit Chauhan became a known figure in the music industry when he appeared in Kalyanji Anandji’s Little Stars, at the tender age of 10. Since then, he has belted out several numbers with singers like Udit Narayan, Kumar Sanu, Alka Yagnik, and many more. At the moment, he is working in a conceptual musical named Rockstar Returns as lead singer, with Indrani Bhattacherjee as his co-singer. We take a look at some of his musical favourites:

What’s the one song you have on repeat on your iPod these days?
Khudaaya from Shangai .

Five songs that would be part of your soundtrack of life and why?
Swades’ title, because it’s an immortal melody, and I am proud to be an Indian.
Tu hi re, since it’s the simplest description of love.
Luka Chuppi, since two amazing voices collaborated for it, and the emotion in that song is hard to describe.
Dil Chahta Hai, because how can I hate that song?
Nayan Tarse, since I love the sound of Amit Trivedi and am a big, big fan.

Is there a song you love to listen to when you’re happy and upbeat, really low and when you’re working out?
When I am happy, I listen to Major Lazer’s songs. For example, my new favrourite is Sua Cara.
When I am really low, I listen to Udaan’s songs, especially the title track. I also like Never Say Never by Justin Bieber.
I don’t remember the last time I worked out, but I guess I must have listened to Major Lazer again (laughs)!