All-night music in Delhi after 15 years

The festival concluded with a beautiful Raga Ahir Bhairav by the young master Ustad Wasifuddin Dagar. 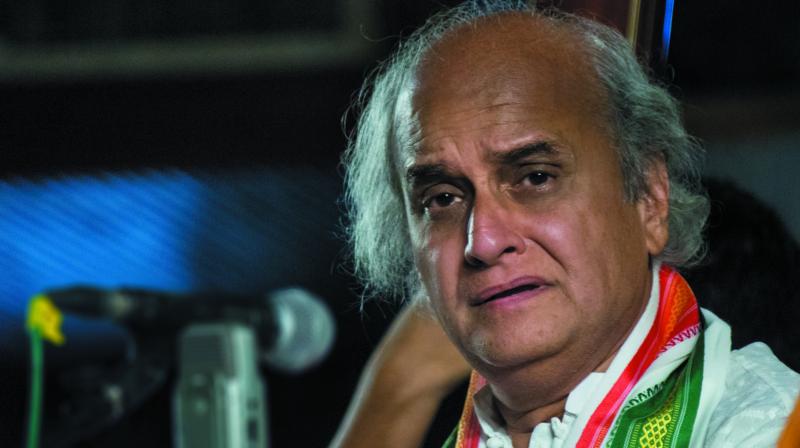 After about 15 years, Spic Macay very successfully held an all night session of classical music in the capital’s IIT auditorium that seats around 2,000. Prior to this, the Modern School has been the venue of all night concerts but this was over 30 years ago. At IIT the audience was predominantly young, and overall, awake through the night. It was indeed a pleasure to see so many young faces in the audience, patiently sitting through the night.

Spic Macay founder and leading light, Padma Shri Dr Kiran Seth explained how around 1,500 students from all over India, and abroad, had participated in the nearly week-long annual convocation, culminating in the grand all night session. It was a conscious choice he said, to focus on the senior form of music, vocal, for the grand finale.

Another noteworthy aspect was the extremely disciplined audience — they were not permitted to enter the concert hall once the concert had started, they were not allowed to clap in between, thus disrupting the music, and reverentially, after each concert they showed their appreciation by giving a standing ovation to the artist. That was not hard to do as the lineup included the best. 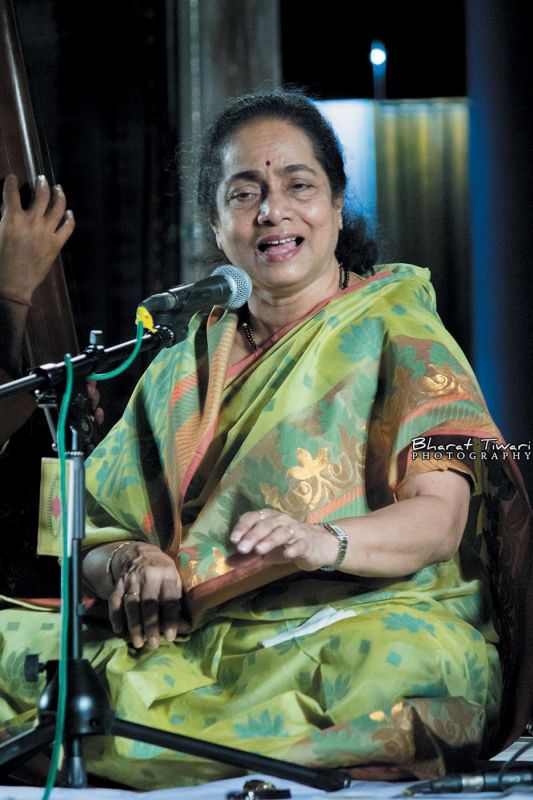 Maverick Carnatic “thinking” musician Vidwan T.M. Krishna established his unorthodox approach to music by announcing at the start that he felt it unnecessary to announce the name of the raga he was going to sing as what should appeal should be the notes, not the identity associated with the raga. This is indeed welcome, as more and more, hearing classical music is getting slotted into predetermined presumptions, which detract from the appeal. Not relying on the traditional format of presentation is one of Krishna’s appeals; his pauses in his rendition artistically pleasing. He sang traditional ragas — Todi, Sahana, Karaharpriya, etc., but in his own inimitable style, creating a languor and feeling of peace. However, one missed the thrilling faster passages of note patterns that one looks forward to in the recital of a top Carnatic vocalist like Krishna. He ended on request with a Bengali number, preceeded by Vaishnav Janto.

Arguably the finest singer today in his generation, (in the North Indian music tradition) with a breathtaking repertoire, amazing vocal facility combined with great emotional appeal, Pandit Ulhas Kashalkar never fails to disappoint. He chose the night raga Jog Kauns created by Gunidas (Pandit Jaganathbua Purohit) around 60 years ago, combining Malkaus and Jog. The raga is sombre, with great depth, and was beautifully handled by the master with an impressive dignified vilambit, ending in an exciting racy drut. The second raga was Raga Des, but treated as a serious raga unlike the usual rendition of Des which is light and lyrical. The first composition was “mora mann har leeno” followed by a tarana, both composed by Pandit Gajanan Rao Joshi. It is not usual any more to sing vilambit khayals in Des. This Des, said Pandit Suresh Talwalkar, (who despite accompanying Ulhasji on the tabla has trained in music from Ulhasji’s Guru Pandit Gajanan Rao Joshi) was different “Ulhasji managed to bring forth a 400-year-old vocal tradition without resorting to mere copying — nakal mein bahut fark hai” (being inspired and merely copying is very different). The concluding piece was in Tilang, with beautifully subtle “bedaar” ang (not sequential notes, a style that is deliberately bizarre) phrases, in jhaptaal, (10 beat time cycle) “hari ke bhajan bin”.

Vidushi Shruti Sadolikar sings with a rare grace and dignity; despite singing immediately after the sterling concert of Pandit Ulhas Kashalkar, she managed to hold the audience attention. She chose the rare combination Raga Sawani Nat, today only sung in her Jaipur/Attrauli gharana, as Sawani today is virtually defunct. She perhaps prolonged this small raga somewhat, singing two full compositions, before changing to another combination Raga Kafi Kanhra, (combination of Kafi and Kanhra) in which her highlighting the lyricity of the raga through its Kafi aspect was delightful. Her next piece was a composition of the founder of her gharana Ustad Alladiya Khan in Raga Tilak Kamod, set in roopak taal (seven beats time cycle) — as she announced, her gharana specialises in singing the same composition in different taals to practice one’s laya control, but this composition can only be sung in roopak taal — “sur sangat”. She concluded with a thumri, (a genre of which she is a master having learnt from Ustad Gullubhai Jasdanwalah) in Khamach.

Koodiyattam is a form of Sanskrit theatre traditionally performed in Kerala, and is officially recognised by Unesco as a masterpiece of the Oral and Intangible Heritage of Humanity. Kapila Venu enthralled the audience with a rendering of Narasimhavardam, or the story of the killing of the demon Hiranyakashap by the Vishnu avatar, Narasimha. Accompanied only drums, the young exponent’s act was riveting.

The festival concluded with a beautiful Raga Ahir Bhairav by the young master Ustad Wasifuddin Dagar. Prior to his concert, he honoured Dr Kiran Seth by presenting him with a book on the Dagar family, presenting it to “Dagar Kiran Seth” due to his close association with two generations of Dagar exponents. Wasifuddin’s totally awe inspiring voice control cannot fail to impress; his concert was, as always totally spell binding. His subsequent most popular Shiva Shiva was rendered in vilambit chautaal, (slow 12 beat cycle) in Raga Bhatiyaar, with an unparalleled dignity.