No trends for Sukhwinder Singh

In a candid chat, Oscar winning singer opens up about the current trend of using auto-tuning in the industry and his plans to aopen a modern gurukul. 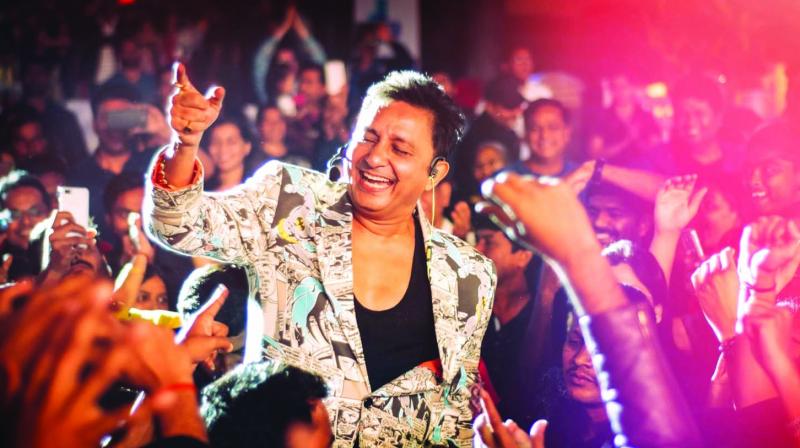 Love it or hate it, the invention of auto-tune has changed the music industry forever. Some feel this technology has transformed the Indian music scenario in a good way and some believe that playback singers should refrain themselves from using auto-tune. Academy and Grammy award fame, Sukhwinder Singh feels “The musical trend has changed a lot in the past few years. Almost everyone is using auto tuners. It has become like a virus. There are new formats such as EDM and auto-tunes, and now that the singers know that it can also improve their voice and sync it with music, not everyone is using their own voice.

“In today’s time, the industry is flooded with singers, despite many singers allegedly using auto-tuning devices, there are singers who, despite the availability of modern technology, refrain from such practices and are very much passionate about music,” Sukhwinder adds.

On being asked about his views on Indian classical music format, the ‘Jai Ho’ singer said, “We should reconstruct the format. And, I think I will be the first person to do this. We should make it more creative that is more convincing to the audience. The current generation always seems to be in a rush, they want everything instantly.”

Sukhwinder is planning to set up Modern Gurukul, where he can combine the value of classical music and a pinch of modernity. “I love Anushka Shankar’s way of presenting fusion.”

A few years back, reports emerged that many singers are not credited in the opening and closing sequences of films. Many singers were outspoken about it. In an interview, Sonu Nigam expressed his views that there were instances where the singers are named after make-up artists, assistant directors and even spot boys. But the Chaiyya Chaiyya singer has a different view on this, “Artist who think they are underpaid (in terms of credit and money) are very greedy. In fact, I think we got what we deserve. We do get a lot of appreciation for our work and I think that is enough. What kind of credits we are expecting, I do not understand. ”

Sukhwinder always stays away from using technology that alters pitch & voice and instrumental music during recording and performance. “ I want them (directors) to use my raw voice. And I’m proud to say that none of my songs are auto-tuned”.

“I was blessed to be a singer. My interest in singing started growing in when I started learning music. I’m a quick learner. ”

“I think India has a lot of scope in music and if we trained the upcoming generations of singers properly, we will be able to generate more Oscars and Grammy’s” Sukhwinder concluded.