Rimi was just a kid when the foundation was laid for a music career. 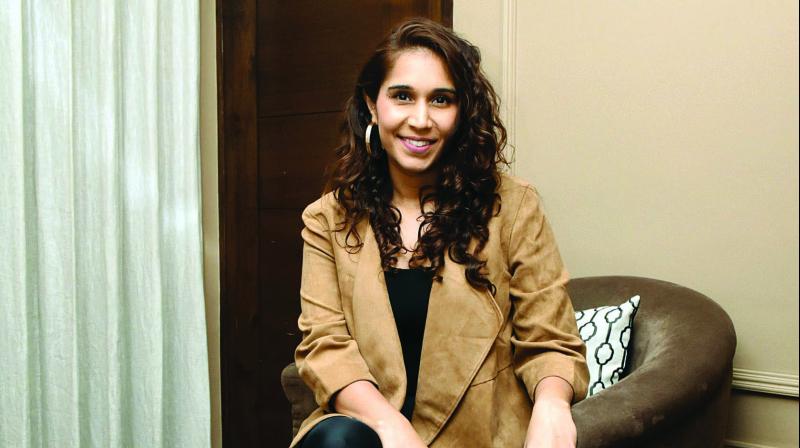 With a stunning repertoire of songs to boast about and having worked some of the greats in Bollywood, Thai singer-songwriter Rimi Nique is still adjusting to the success of The Chamiya Song. Composed by Gaurav Dagaonkar, the song also features DJ Bravo and Shakti Mohan. Rimi was in Bengaluru to perform over the weekend at the Bengaluru Club along with DJ Bravo. Having sung songs like Naach Meri Jaan and Saansain Hui Dhuaan Dhuaan, Rimi was thrilled to get back to singing Western songs. We caught up with her and here is what she has to say...

Rimi was just a kid when the foundation was laid for a music career. Talking about how she started, “I sang hymns at the Gurudwara and at the same time I also went to a catholic school where I sang gospel songs. I was doing it as a passion, but only, later on, took it up professionally,” she says adding that this experience shaped the way she makes music. “I started with a lot of melodious and soulful pieces. While making music, I always tried to find an equivalent between the Punjabi in me and my first love — Western music. The way I make music has not changed, but I have added to it. I am a huge fan of assimilating to wherever I am. I absorb the stuff that makes sense to me and make something out of it,” she shares adding that she loves all genres except heavy metal which she just doesn’t get.

Rimi gives all the credit for her success to her family and she is able to what she does because of them. When talking about inspiration, Rimi has always been inspired by power-packed females in the music industry. She says, “I am attracted and drawn to the strength in their voice and their story. People like Whitney Houston, Alicia Keys, Rihanna, etc, I love listening to them.” For every well-known artiste, with fame comes negativity and criticism as well. How do you deal with this? “I had to speak to my family a lot to keep me grounded. Mental strength is one thing that I built over the years. I went through the lows and also the sudden high that is deceiving. If you have to cry, go back to your room and cry with family and that is something that I am not ashamed of.”

Talking about how The Chamiya Song happened, she says, “When I went to the studio to sing this song, I was instantly taken by it. I told singer-songwriter Gaurav Dagaonkar that we should do something with it but did not want to wait for a Bollywood movie.” So how did Bravo get on board? she says, “We have known each other for three years and when we met up in Mumbai, he heard the song and I offered it to him. I wrote him a part and we recorded it in a studio in Chennai,” she shares adding the equation they both share is fun. While she considers herself to be hyper, Bravo on the other hand is very cool. Talking about the responses that she has been getting for the song she shares, “It has been epic! It 10 million view already. I have already performed it five to six times.”

After a long time of doing desi music, Rimi is happy to get back to Western. And her power-packed performance with DJ Bravo in Bengaluru was a testament to that. Talking about the city she says, “Though I have been to Bengaluru before, I have never really experienced it fully but I have heard a lot about the weather, the swanky restaurants, the parks and also want to meet the people.” Talking about her future plans, “I am expanding my music abilities. I am working on full-on Western songs and trying to write a song that is very me. I am making music where I am more involved. Collaborating with more artists and probably do another song with Bravo,” she concludes.