Ustad Abdul Halim Jaffer Khan was an iconoclast who experimented with different genres. 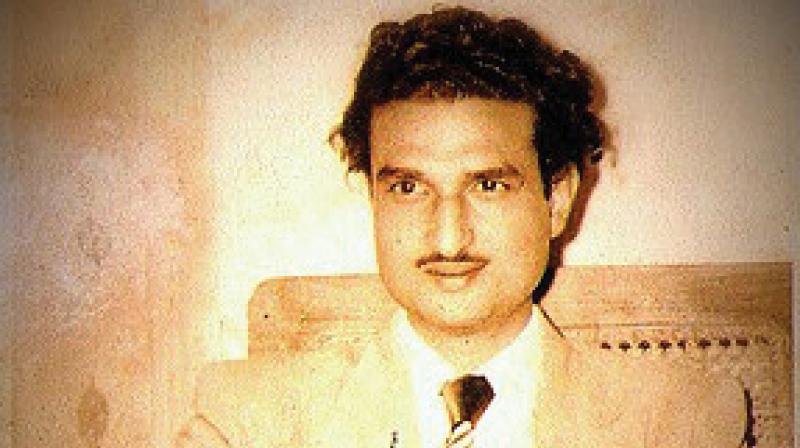 The last of the great instrumentalists of his generation, Ustad Abdul Halim Jaffer Khan of the great Ustad Bande Ali gharana of Indore, passed away last week. Often called the youngest of the “trinity” of sitariyas (the other two being Ustad Vilayat Khan and Pt Ravi Shankar), the Ustad was superbly “tayyar”, a trendsetter musically and, in addition, a warm person with the most eclectic bent of mind. Apart from this, he was an iconoclast who experimented with different genres.

He was amongst the first to collaborate with Carnatic music, famously with the great Emani Sankara Sastri. As early as 1958 he played music with jazz artist Dave Brubeck. He played the music for several hit films including Mughal-e-Azam, and Goonj Uthi Shehnai (his hugely popular jugalbandis with Ustad Bismillah Khan in the movie paved the way for the later very successful pairing of Ustad Vilayat Khan on sitar and Ustad Bismillah Khan on shehnai.)

He had an enviable musical pedigree, which he sometimes deprecated. However much he may have light-heartedly disclaimed his “taalim” (training), musicologist Lalita Khanna recalls his  “jors” in Raga Tilak Kamod, which had the undeniable Senia “chaap.”

His last long interview was by Pt Nayan Ghosh for the Sangeet Natak Akademi archives; in it, the Ustad had spoken at length on a variety of subjects. He recalled at his first stage performance in Mumbai; the audience was least interested in his performance “Ek bhi samajhdar nahin tha audience mein,” he had chuckled. He said that he had to learn to change his concert presentation seeing the interest of the audience before him – many years later at a concert in Patna, with a 15,000 audience comprising mostly local people, tea sellers etc he found when he played the aalap, people started leaving, he realised that “ aalap karunga to vilaap ho jayega” so he played a fast-paced gat; after all the aim was not to lose the audience!

His sense of humour was great — in the interview he chuckles that once he was introduced as Ustad Abdul Zaalim (cruel) Khan! And that he would play “Pahari pe sitar” (play sitar in the hills) instead of sitar pe Raga Pahari” (Raga Pahari on sitar).

A very nice man with never a bad word to say about anyone – he met me with a lot of love, said Ustad Shujaat Khan.

Ustad Iqbal Ahmed Khan, Khalifa of the Delhi gharana, spoke of how made a name for himself with absolutely no support from any patron. Also, he had a great knowledge of languages — Farsi, Urdu, Arabic, Sanskrit, Bengali. He was a down to earth, humble man, with a very secular outlook. Nobody has played Raga Pilu like he has, he added. Every time I went to Bombay, I met him and every time learnt something from him. “Bahut zaheen insaan the voh” he concluded.

Pt Tejendra Narayan Mazumdar, one of the most popular representatives of the Maihar sarod baaj, recalled, “He was such a sweet and simple person, I cherish the memories of late 1970s and 1980s when he used to come to Kolkata for different music sammelans, and my guruji Ustad Bahadur Khan Saab and he was fixtures at famous festivals like Surdas Sangeet Sammelan, Sadarang, Tansen etc. His baaj was totally unique and different to the current instrumental styles of Shahjahanpur, Etawah or Maihar, and was in fact really unique – the Jafferkhani baaj.”

Pt Budhaditya Mukherjee, one of the senior-most and finest sitar players today pays a fitting tribute to his senior: “Halim sahib’s sad demise leaves a massive void, especially of his inimitable baaj, which he created entirely on his own. His ever smiling and compassionate personality remains unforgettable. “He also went on to add something which very few music lovers today would know — The late Ustad was a close friend of my father, late Acharya Bimalendu Mukherjee, so much so that they had even performed a few rare sitar duet concerts in the mid-1960s in Raipur and Nagpur”.

Accolades from other leading sitariyas of the Imdadkhani gharana echo the same sentiment. He was a very able player and I was always encouraged when he praised my tayyari as a youngster, said Ustad Irshad Khan; his elder brother Ustad Nishat Khan spoke of him as a wonderful, humane man.

Another senior sitariya, Pt Sanjoy Bandhopadhyay, said, “Ustad Abdul Halim Jaffer Khan was a sitar player of exceptional virtuosity. He had such a command that playing on his personal sitar was not important for him — I remember he played a concert on my sitar with equal command and ease!”

Ustad Abdul Halim Jaffer Khan remains equally relevant and revered by even the younger generation of sitar maestros. Purbayan Chatterji said, “He was a unique sitar player. Even in the golden age of sitar players, he managed to carve out a niche for himself. His style the ‘Jafferkhani baaj’ will continue to influence generations of sitar players. His passing on is a great loss indeed to our music world.”

Ustad Amjad Ali Khan explained the deep familial connection he had had with Ustad Abdul Halim Jaffer Khan.  His father, Ustad Hafiz Ali Khan, knew Ustad Abdul Halim Jaffer Khan, and the two exchanged letters as well; in fact, the doyen regarded the younger musician as a son. “Halim Jaffer Khan showed me the letters my father had written to him,” he reminisced. He called the many evenings they had spent together over the years; though he was older than me, he was very informal and friendly. Whenever I ever performed in Bombay, he would come and hear me. He had a great sense of humour. He added his taalim was great – he had learnt from his father as well as other greats. “Jiski achai dekhi kisse mein, uuse utha lee.” (Wherever he saw something good, he adopted it musically). Sadly in the last years of his life, he had a hearing problem.