Mozae wants to inspire the younger generation to pursue their passion. 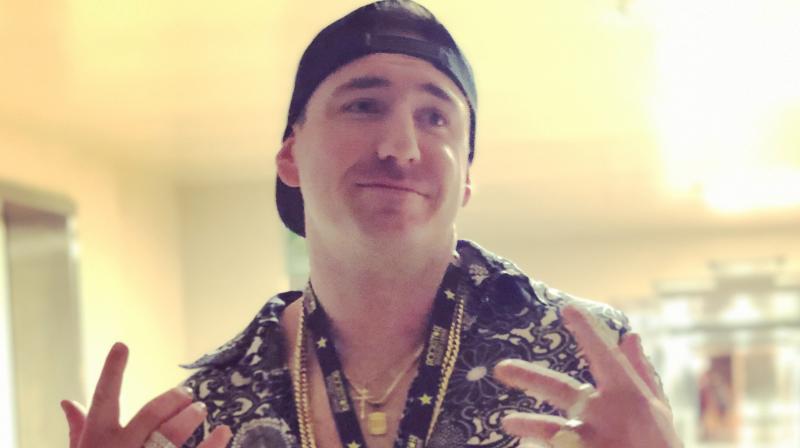 It’s always a great feeling to get up in the morning and go to a job you absolutely love. That way, you don’t feel the dreaded Monday blues, if you happen to love what you do then you can put in the hours and never even realize that you’ve spent your day working.

Born in Vilnius, Lithuania, 33-year-old Gold Mozae is a music and full time DJ. Mozae was on his way to becoming a professional basketball player, but eventually decided to stick with his music. When asked about his career change, he said, “I’m actually an ex-collegiate Track & Field athlete, but I have been playing musical instruments since I was 10 years old.” Mozae fell in love with music when he started playing the trombone in elementary school. He was even in a punk rock band,joining it during the 7th grade and continuing right up till freshman year of college. Thereafter, when he was in college, he started DJ-ing at house parties. From there, he went onto producehis own tracks and began DJ-ing at night clubs and festivals.

Mozae wants to inspire the younger generation to pursue their passion. He wants young DJs to believe that they can change the world through music. Touted as one of the most promising new artists of 2019, Mozae has gained fans from all over the state. What many people don’t know is thathe wasn’t an overnight sensation, but has beenworkingas a DJ and producer for over a decade. In 2019, Mozae release three new singles online. His latest, ‘All My Life’ has a catchy melody, while the previous track, titled ‘Comin Back’ was played in clubs all across the US.

When asked why people are so much in tune with his music and energy, Mozae said, “In 2019, I really started to double down on the production side of things. I wanted to start putting out more original music, and remixes and I couldn’t be happier with the result.” After DJing for a span of 10 years, Mozae took the last 2 off to work on production. He explained that the reason he chose to release the track ‘Comin Back’ was because it symbolized his return to the world of Djing, he wanted to let his fans know that he was coming back to music with more passion than ever.

Just like most young DJs look up to him for inspiration, Mozae too has music producers and artists that he derives inspiration from. The first producers he gained incredible inspiration from were Joe Maz and Kapslap. According to Mozae, he fell in love with their remixes and then watched them progress as they put out amazing original tracks. Now, he is honoured to inspire others with his journey,having played at some of the biggest night clubs and festivals in the US. Mozae has also worked with artists such as Machine Gun Kelly, Warren G, Diplo, EC Twins, Chain Smokers, Alesso, Chuckie, Showtek and more.

Mozae strongly believes that music has the power to bring about a change, and that is why he wants more and more young artists to follow their musical ambitions. So far, he has been an inspiration to many, and he wants to keep inspiring the younger generation with the music he produces.