Music plays a part in nation-building

The main patriotic fervor was during the British period in India, when music played a huge part in rousing national sentiment & unifying the people. 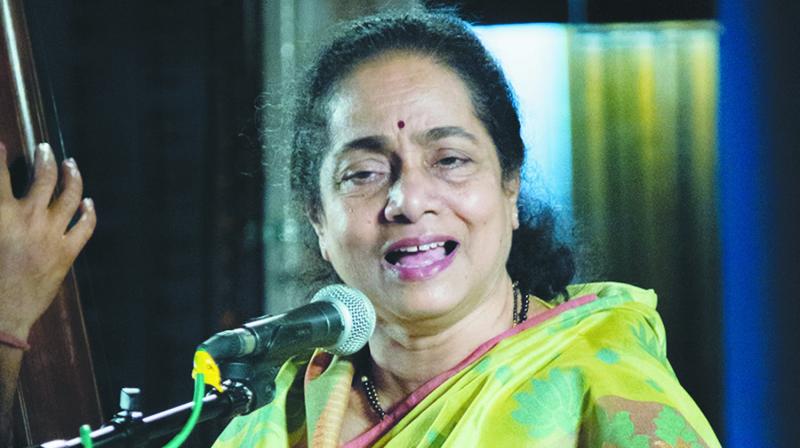 Music has always played a part in nation building or reinforcing the patriotic idea, India is no different; we too have a history of patriotic music and Nation building. The main patriotic fervor was of course during the British period in India, when music played a huge part in rousing national sentiment and unifying the people.

After the Indian Mutiny of 1857, there was pent up anti British feeling which manifested in the formulation of political parties, nationalist literature, and songs. Maharashtra played a pivotal role in this; classical musicians too were involved in this. Public passions came to a head by the 1920s and 1930s. At this time, in the words of Vidushi Shruti Sadolikar, currently vice-chancellor at the Bhatkhande University in Lucknow, “the Jaipur Attrauli gharana ustads had a huge role to play. Ustad Manjhi Khan (son of Ustad Alladiya Khan, the founder of the gharana) was well known for singing Marathi songs, dealing with patriotic themes.

He used to compose songs in “shudha” Raga, and go on “prabhat pheris” (early morning rounds) with other like minded people, awakening people in their homes and singing rousing songs. One of them was “charkha chaka chalake”.

He was a true patriot. Not just him, Ustad Manjhi Khan’s three sons were all associates of Gandhiji; his daughter worked with Vinoba Bhave”.

In Bengal, poets like Bankim Chandra Chattopadhyay were active; his “Vande Mataram” in Raga Desh whose 1st two stanzas have been adopted as our National Song was first penned as a poem in 1892 in a book. It glorified the Nation in the form of a Mother. Rabindranath Tagore, (incidentally, two of his compositions were adopted as the national anthems of both India and Bangladesh), Dwijendra Lal Ray, Kazi Nazrul Islam and much later Anil Biswas, Salil Chowdhary in their music for films, composed several patriotic themed songs in Bengali.

The Gujarati lyrics of “vaishnav jan to” though not overtly patriotic did convey a unifying feeling; in Vidushi Shruti Sadolikar’s words “the lyrics spell out how man needs to behave with another, with humanity; this extended to how the British should treat Indians. The lyrics do not talk overtly of patriotism, but being associated with Gandhiji, being repeatedly sung in his ashram, the patriotic connotation came in.”

In Tamil Nadu, the best known composer associated with the patriotic idea was Subramanya Bharathi who died in 1921.

His works continue to be sung till today; noted veena exponent Vidushi Jayanthi Kumaresh said “he was one of the greatest all time patriotic song composers; we have such great compositions of his that even today stir up patriotic fervor. Apart from moving lyrics, I do think that the combination of notes in Ragas can convey patriotism; Ragas like Gambiranattai do convey this”.

Perhaps the first manifestation of patriotic sentiment in the Punjab was the creation of Raga Desh, some 300-400 years ago, somewhere in the Punjab, by an unknown Senia Ustad.

North India was subjected to constant Afghan invasions and looting and perhaps this resulted creation of Raga Desh (nation). Composers in the Punjab like Mohammed Iqbal, a lecturer in the famous Government College Lahore, composed “Saare Jahan Se Acha” in 1905-6; it is still sung in schools to reinforce love for the nation.

According to Vidushi Shruti Sadolikar, merely naming a Raga after the nation, like Desh, or an icon like Gandhiji (Raga Bapu Kauns composed by Ustad Amjad Ali Khan) cannot create a feeling of patriotism, it’s the lyrics that connect.

Pt Kumar Gandharva created Gandhi Malhar, as a tribute to the Father of the Nation; it is the lyrics “tum mein sab roop”, and “tum ho dheeral more” that move; the notes of the Raga are too closely associated with Malhar, which conjure up the image of rain.

He said “Definitely every Raga can convey a mood, and Mohan Kauns is a Raga of great pathos, or mourning. It’s not necessary to have lyrics to convey a mood; though of course lyrics reinforce the underlying sentiment. As an instrumentalist, my limitation is that I don’t have the aid of words, but every Raga has a mood, a feeling, and we are taught to convey that emotion. For example, Raga Bhairavi has different moods; I can play it as melancholic, or joyous. I remember many years after Gandhiji’s death my Ustad, Ustad Bahadur Khan was asked by Doordarshan to compose an orchestral piece in Raga Mohan Kauns to be relayed on October 2nd, Gandhiji’s anniversary. I played the sarod as part of that ensemble.”

After Independence, Indian composers, mainly from the three forces composed several Indian military marches and martial tunes to reinforce the idea of the National ideal, and to be provide a distinct alternative to the military marches of the British. Scottish reels gave way to Indian tunes. Till today the idea of Nationhood continues to inspire; violinist Vidwan R. Kumaresh has created a special composition (varnam) that will be launched on August 15th.