Making music on the rocks

The boys from All the Fat Children talk about their journey so far, and the need to stay away from a formula. 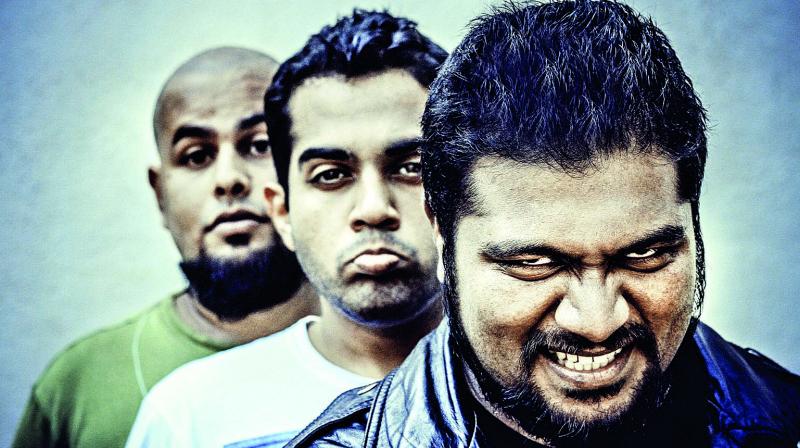 The journey though fraught with challenges, brought the young musicians a lot of accolades.

When you have a band that goes by the name All the Fat Children, it is safe to assume that their project is experimental and distinctive. And that’s how the band likes to describe itself. Formed back in 2008, the band has been rustling up alternative music, that hasn’t always gained them “loyalists”. In retrospect, Eben Johnson, lead vocalist and guitarist,  believes that they have always wanted to stay away from having a “formula” for their music.

“There’s always that 10 percent at any given gig who would have a problem with what we play,” shares Eben. “The fact that we’ve been able to keep ‘distortion folk’ followers intact is what we’re grateful for. We live for the connect. There’s no secret hack which we use to make our music turn out differently. People who raved about our music nine years ago don’t really listen to us anymore owing to their own personal reasons, and we’ve come to terms with it,” he adds.

Having been in the business for nine years, Eben admits that their rapport has changed over the years, and while it has been an unforgettable one, it hasn’t necessarily been smooth for the band members. “It’s a love-hate relationship,” explains Eben. While he is on guitar and vocals, Vickram “Vicky” Kiran is on bass and vocals; and Sachin Savio Dane is on drums.

Not dodging the question on why it hasn’t necessarily been smooth sailing over the years, Eben is upfront about how it’s been a bumpy yet worthwhile ride. “We’ve had a change in the drummer once, but post that, it has just been Vicky, Sachin and me,” he explains. Vicky and Eben met during their college days in Christ University, and later went on the form the band. “We discussed about music and the next thing we know, we roped Sachin in and the band was formed. That’s how it took off and that is all there is to it. We’re just musicians doing our thing, and getting along well enough with frequent yelling sessions at each other in the jam room,” he quips.

The journey though fraught with challenges, brought the young musicians a lot of accolades. The band, in association with Guinness World Records TM and Limca Book of Records TM, along with India’s biggest beat-boxer — Vineeth Vincent, broke the previous world record for the World’s Largest Beatbox Ensemble. That aside, they were also nominated for a couple of music awards through the years. The boys, who made it to the 5th spot on #SennheiserTop50 this year, have interesting gigs coming up.  “We recently created a slew of fresh songs. Every song has been inspired from an experience, and our music is a tool of aggression — a leeway to let us expel our angst and frustrations through a healthy channel. I’ve wanted to showcase it onstage. We are excited to be playing these on our tour as we love the crowds,” explains bassist and vocalist Vickram “Vicky” Kiran.

Pursuing music has been rewarding enough, but Eben believes it’s important to have an alternative on the side. “It’s important for musicians to have a back-up plan. Singing in English is a challenge, because at the end of the day, that’s not what a majority of listeners in the country would listen to,” he concludes.