Dynamic and diverse styles of music come together in this Baithak format of a cultural evening. 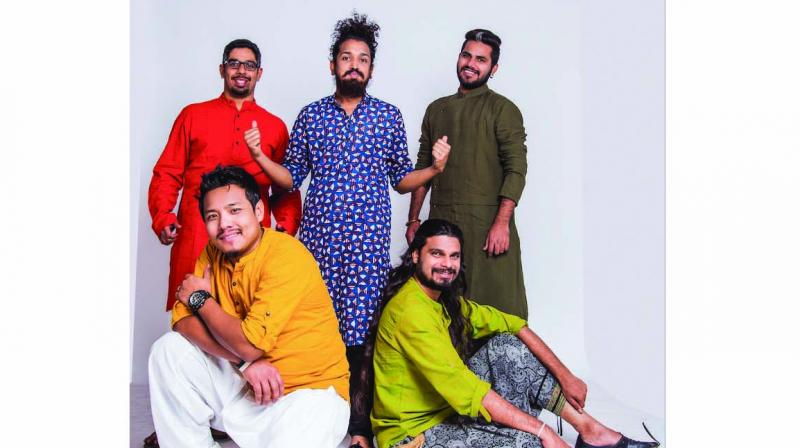 Under the Banyan Tree on a Full Moon Night is all set to bring together sundry styles of Indian tunes. Audiences get the chance to witness performances by musicians under the tranquil repose of a banyan tree with minarets of the iconic Qutub Minar as the backdrop. The Baithak-style evenings, where moonlight and music blend to recreate the poetic charm of traditional musical gatherings, offer audiences an intimate experience with the like-minded and an opportunity to engage with the musicians.

The April leg of this series will celebrate the sounds and styles of Folk.

The music of a people, of a place or a culture, folk is a style of music which is deeply connected to the places from where it comes. Signature melodies, instruments and concepts form the basis of this rustic genre. From small groups gathering around the proverbial fire to sing about topics intrinsic to their experience, folk music has grown into the heart of every community’s shared history. In a way, all music finds its roots in folk.

Delhi’s iconic music club, Friends of Music, set up in 1994, has continued to create a thriving language of live music. Carrying forward the feel-good tradition of celebrating and enjoying music with friends and family in an intimate setting, Friends of Music, a Teamwork Arts initiative, brings together musicians and discerning audiences in a community to explore, create and enjoy new sounds.

The first performer of the evening, Mooralala Marwada, is a Sufi folk singer from the Janana village of the Kutch District in Gujarat who comes from a long line of Meghwal singers.

He sings the poetry of Kabir, Mirabai, Ravidas and others in the Kaafi-style which has evolved and been adopted by the Hindu singers of Shah Abdul Latif Bhittai. He has also been featured on the Kabir Project.

The second performance of the evening is by Neeraj Arya's Kabir Café, a neo-folk fusion band that plays the poetry of 15th-century Indian mystic Kabir in a substrate of Indian folk music, mixed with Rock, Reggae, Pop and Carnatic music. The band has performed over 700 shows in India and across the world.

Their songs appear in the Bollywood movies Hindi Medium and Badshaho.

The band members are Neeraj Arya on lead vocals and guitar, Mukund Ramaswamy on violin, Viren Solanki on percussion and Poubuanpou Britto KC on bass.

This bespoke concert series is one of the places to enjoy fabulous performances in a stunning venue in the company of a discerning group of music aficionados. Under the Banyan Tree on a Full Moon Night is set in the beautifully lush and serene venue, which offers stunning views of the Qutab Minar.

To make this celebration more comfortable, delicious food and delectable drinks is there through the evening. Also, a pop-up market filled with eclectic goodies opens for those lookingto do a little shopping.