Musician Akhil Sachdeva talks about his musical journey, his band Nasha and why talent is more important than fame in social media. 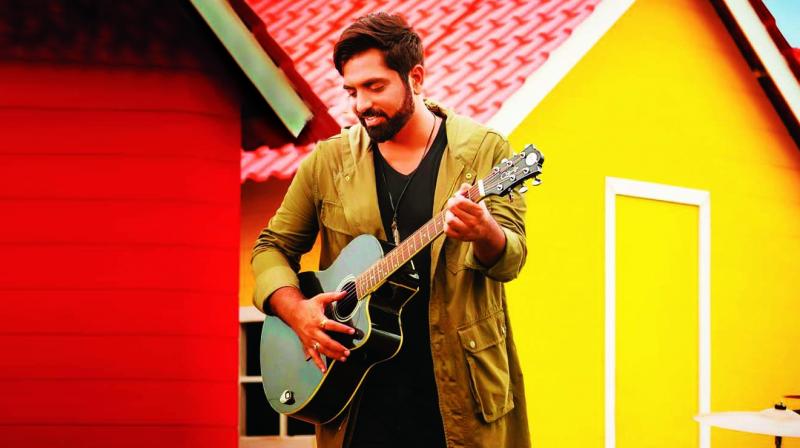 While some love-struck gen-z’ers put his tracks on loop as they prepare to face their partners, others hail him as a social media icon — Akhil Sachdeva is no stranger to fame. But if you believe that social media is the sole reason behind a person’s meteoric rise, he would beg to differ. “In the modern era of technology, where social media rules above all, people who are least talented get hyped through various platforms. People feel that talent is not that important to market oneself,” Akhil believes. The singer-composer feels it is all a phase that will pass very soon and true talent will find their space. “We’ve seen better and worse and I think people will know how to get out of this delusional spectrum,” he adds.

In the good old days, when everyone wanted to become a rockstar, Akhil was not an exception. But his dedication for all these years and willingness to be known as a Nasha boy (after his band’s name, Nasha) is what makes him a success story. “I have had Nasha for the past ten years and my love, dedication and participation have never lessened. It's not easy to build and carry on with a band in India where you get constant love from the audience. I’m glad that we have been able to stay constant.”

However, after massive hits like Humsafar and Tera ban jaunga (reprise) his name has become a brand itself. But, do people relate to him as Nasha boy because of his band or his nashili (melodious) voice? He promptly answers, “Whatever Bollywood songs I’ve done for the past two to three years, those are the only ones that I’ve done on my own. Other than these, Nasha is where my heart and soul rests. It is a place where my music started. You know, this tattoo on my hand (showing his left arm where the word ‘Nasha’ is inked) indicates that nothing in this mortal world can separate me from my band and it will be a part of me till my last breath.”

The singer was in town to perfom at DLF Cyberhub’s Musix, mentioned during the chat that he is the one who started the trend of Sufi-rock in India and has an unbreakable companionship with music and has never had to look back. He shares, “I was always meant to be associated with music. In the past, my family went through really difficult situations and yet never tried to push me away from music. I’m sure that’s one of the major reasons I never had to have any backup plan.” He is happiest when he is surrounded by music. “Whenever I wanted to be happy and have a smile on my face it was most of the time when I was holding my guitar. The day I said I will choose music above all, was the day music also chose me,” he says.

Talking about his track in Kabir Singh, Akhil says, “As I took up the project of Kabir Singh I was asked to watch Arjun Reddy as the former is its exact Hindi narration. I enjoyed the movie even though I didn’t understand the language.” But with great musical hits, came involvement with controversy. “I don’t support the negative perspective of the character. But, I personally feel that there was a lot more to Kabir’s character than what has been highlighted. C’mon, there must be some reason why this movie has done so well. The audience has showered so much love to the movie,” he defends.