A few years ago, there was not much literature available on this gharana, which is one of the reasons for its low popularity. 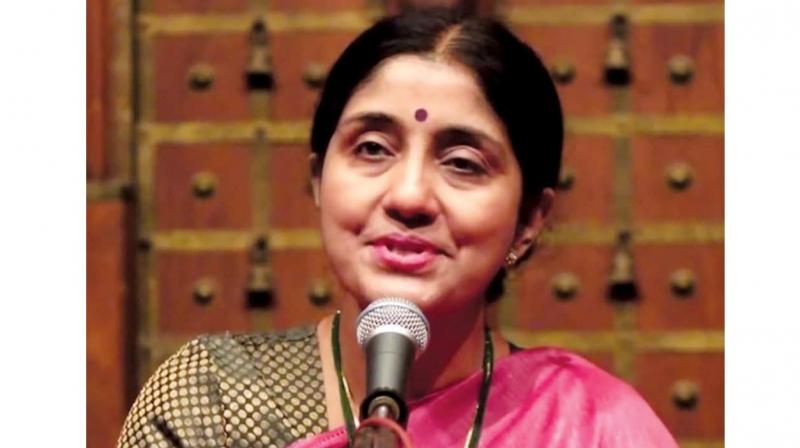 Mumbai’s Bhendi Bazaar area might be a busy commercial hub that shares space with a cluster of thousand small homes that are cramped for space. But hidden in this swarm are the historical annals of its lesser-known contribution to Hindustani classical music.

While the area might still be a fount of Urdu literature, it was once also a fertile ground for the propagation of the esoteric Bhendi Bazaar gharana. It was around 1874 when three brothers Chajju Khan, Nazir Khan and Khadim Hussain Khan, moved from Bijnor, near Muradabad in Uttar Pradesh to settle in Mumbai’s Bhendi Bazaar area with their bother Vilayat Hussain Khan. The following years were completely dedicated to rigorous training under their father Dilawar Hussain Khan. Since it’s establishment in 1890, the Bhendi Bazaar gharana has had a lasting impact on the development and growth of the Hindustani classical music in the early 20th century.  “Through the music of the three brothers, this genre was established. Their music became very famous and these musicians were called the Bhendi Bazaarwaley. That is how their distinctive style of music came to be known as the Bhendi bazaar gharana,” says Kishori Janorikar, a fifth generation exponent of the gharana.

Some of the most important stalwarts of this gharana include Ustaad Aman Ali Khan Saab, Anjanibai Malpekar, Pandit Shiv Kumar Shukla and Pandit Trimbakrao D Janorikar — Kishori’s late father-in-law.  “Chajju Khan’s son was Aman Ali Khan who continued the legacy forward. He possessed the Madhyalay (medium tempo) style of singing, which became one of the features of the gharana. Another exponent is Anjanibai Malpekar who was also trained under the three brothers and brought the Vilambitlay (slow) style of singing to the gharana. Trained under both Aman Ali Khan and Anjali Bai Malpekar was my father-in-law Pt. TD Janorikar who fused these two styles together,” informs Kishori. Some great musicians such as Lata Mangeshkar, Pandita Kishori Amonkar, Pt. Kumar Gandharva, Begum Akhtar, Naina Devi, Pt.Vasantrao Deshpande, Asha Bhosale, Mahendra Kapoor and Manna Dey also belong to this gharana.

Pt. TD Janorikar is credited with the revival of this genre after many of its disciples quit or died at an early age, thereby stunting its growth, “Aman Ali Khan saab’s disciple Shiv Kumar Shukla was prolific, but unfortunately something happened and he lost his voice. Lata Mangeshkar was also learning classical from him but later, she pursued film music, so the classical obviously took a back seat. Anjanibai  Malpekar was a great vocalist of our gharana but then again at the age of 36, she gave up public singing. Her quitting was the worst blow to the gharana,” explains Anuradha Kuber, a disciple of Pt. Janorikar who trained under him for 15 years. Another reason for the concealed nature of this gharna is because Ustad Aman Ali Khan never performed in public. “It was because he saw this as a spiritual endeavour and therefore never did stage performances,” says Kishori.

One of the most unique features of this gharana is that the students are encouraged to sing in their natural voice and there is no distinctive voice that defines the vocal texture of this gharana. “Another salient feature is that we give a lot of emphasis to the Khandmer or Merkhand gayaki. We improvise on the raga based on this principle. It’s a system of permutation and combination of notes that is specially taught in our gharana. They are combined in such a way that no note is repeated in a combination. While everyone uses merkhand, it is directly taught in our system,” says Anuradha.

This gharana also has some unique compositions, informs Kishori.  “Aman Ali Khan saab was a prolific composer. He had his own style of composing. Khan saab’s songs are about gods and goddesses and he portrayed nature in a very different way. In his bandishes, he incorporated Hindu philosophy and a lot of them were dedicated to Lord Krishna,” she explains. “We give importance to the words and the sounds in a bandish. The vowel and the consonants are also taken into consideration. Aman Ali Khan saab also used different figures of speeches like alliteration in his bandishes” says Anuradha.

Bhendi Bazaar Gharana is also known for its Sargam  (solfa singing) since Ustaad Aman Ali Khan was greatly influenced by Carnatic music after he trained under Kalanidhi Bidaram Krishnappa, a court musician of the Mysore state.

A few years ago, there was not much literature available on this gharana, which is one of the reasons for its low popularity. Last year, a book titled Amar Bandishein based on Aman Ali Khan’s bandishes was published to preserve his legacy for the future generations.

Kishori is also in the process of writing a book on the Bandishes of the late Suhasini Koratkar, a 4th generation doyen and the oldest student of TD Janorikar, which will be released at the end of this year. “It is only through these books and teachings that we can preserve the traditions of this gharana, which will get lost forever otherwise,” asserts Kishori.