On a high note

Martyn hails from a working-class background and had no prior knowledge of the subject until he joined local community brass band. 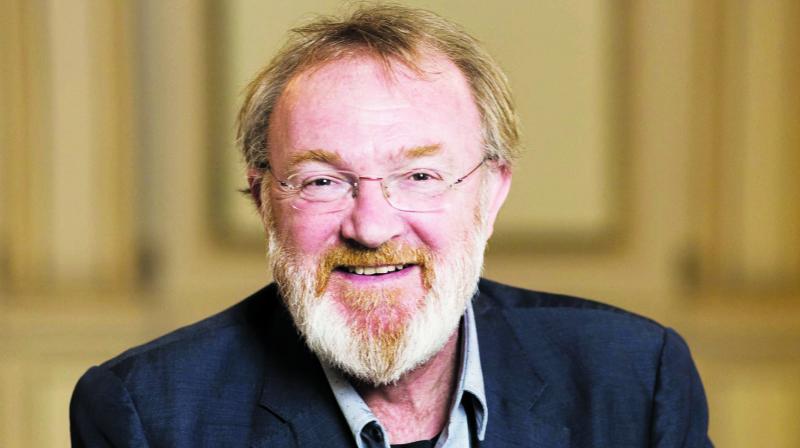 Known for his affinity towards the music of the late 19th and early 20th century, Martyn Brabbins — the music director of the English National Opera in the UK, has a romantic sensibility and an unerring sense of pace in his performances. After contributing significantly over the years as a conductor of major UK orchestras, Martyn is all set to transport the Mumbai audience with a rendition of the celebrated poem ‘Ode to Joy’ by the German poet Friedrich von Schiller that addresses the concept of unity. Martyn will be conducting the joint choirs from India and abroad in Beethoven’s Ninth Symphony at The Symphony Orchestra of India Spring 2019 that flags off from February 4. Though this particular piece of music has been performed in Japan and Germany, Martyn believes the challenge to perform in a different language is always there. “This will be a challenge for the choir because you don’t have same sounds in all languages so to sing German poetry in a convincing way is difficult but we are sure to do it well,” says Martyn, who has been performing for over four decades, from the age of nine.

Having no formal training in the music, Martyn hails from a working-class background and had no prior knowledge of the subject until he joined a local community brass band. From then on, his career in music took off and there was no looking back. “When I joined the community brass band, the one thing I learnt there was to produce better music,” recalls the musician.

Though Martyn has championed British music at home and abroad, and has made over 120 recordings, his fondest memory and achievement remains in Russia when he was a student and was given an opportunity to conduct one of the biggest musical hit at Kirov theatre. “I was in my 20s and had never conducted an orchestra before, so it was very exciting and special for me,” reminisces the director. Another thing that brings him closer to the Opera presentation is assimilating all art forms under one umbrella. “It is wonderful to be involved in creating a work of art with music, makeup and sets. I love that.”

While it is difficult for any musician to pinpoint one thing that makes tunes transcend into a successful performance, for Martyn, it is the love for music that combines every aspect to weave a beautiful piece of melody. “There are many challenges but the love for music and the feeling of expressing it together is the binding force,” he explains adding, that individually, every musician is fantastic but it is his task to bring all of them together. Ask what makes a great conductor, Martyn explains that it has many different aspects but good management skills and understanding of music is the key. “If you are a good human being and you know how to motivate the musicians through music, you have management skills,” he explains. The conductor also stresses the importance of knowing the subject of music and the physical gestures during the performance, something he picked up during his stay in the Soviet Union.

So far Martyn has performed across the world with some brilliant and revered musicians; but as a conductor, he has certain expectations from his co-performers. “I expect them to willingly work together here in India, they certainly do. I try to lead by example to earn respect from musicians and give them an exciting experience,” he signs off, adding that he is expecting to have a great time in the country during the entire musical extravaganza.