His individualistic style and confident approach help him stand out in this panoply of fine artists. 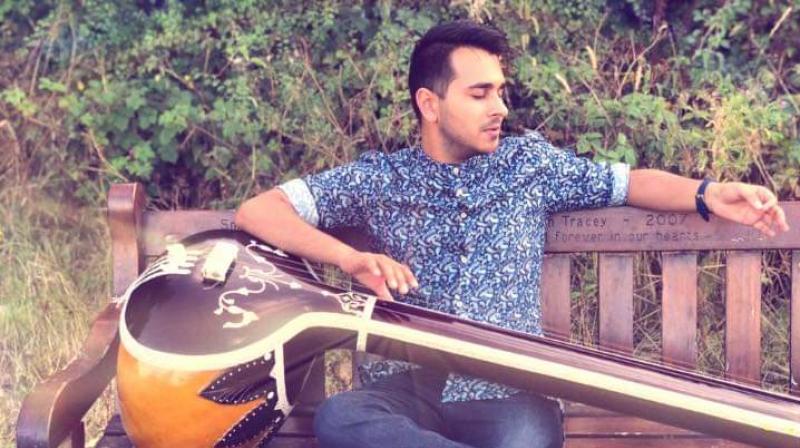 After the success of Saavaro and Dil Mein Ho Tum, Vee Kapoor has added another song to his list of successful and melodious songs, Giridhari. Vee Kapoor, who is a singer-composer based in London, traces his roots back to India. He works hard to keep and maintain the Indian touch to his compositions. His newest single, Giridhari, is dedicated to Lord Krishna, which was jointly composed by Shammi Pithia and Vee Kapoor. Vee Kapoor fondly remembers working with

Shammi Pithia for his composition Saavaro. The song is marketed by Media Tribe founded by Rima Mishra and Sunil Gupta.

Lord Krishna was known to be one of the most loved and just Hindu Gods amongst all. Lord Krishna’s stories are fondly heard by everyone and through them, we learn many important lessons of life. Lord Krishna was also called as Giridhar as he was responsible for carrying the Govardhan Mountain which contained important herbal plants necessary to save the lives of people within his kingdom. This song, is thus, dedication to Lord Krishna’s wisdom and caring demeanor. His unique compositions coupled with his melodious voice and unfathomable knowledge about music has helped him come up with such splendid compositions. His individualistic style and confident approach help him stand out in this panoply of fine artists.

Talking about the track, he says, "I have always felt a deep spiritual connection with Lord Krishna. 'Saavaro' came purely out of my love, devotion and belief in him. I have grown up listening to several bhajans of Lord Krishna and one day, I just stumbled upon this thought of presenting one of his bhajans in a contemporary avatar. The lines have been written by Lord Krishna's biggest devotee, the immortal poetess Meera and for me and Shammi Pithia, who has composed and produced the song with me, it was a huge honour to set tune to her divine lines.