The Polaroid camera is an important prop in the film. In Andi’s words, Clare documents disappointment. 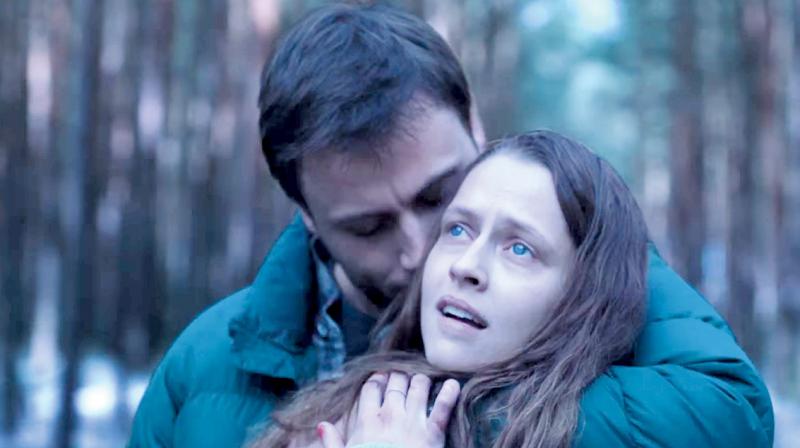 Wanderlust”, “escape”, “solo traveller” — these are but some of the many clichéd words that social media in general, and listicle websites in particular, regularly bombard their users with their glorification of the idea of globetrotting. Some writers on social media even brag about giving up their corporate jobs, packing their bags, and embarking on a journey of “self-discovery”, for no experience is an enriching as travelling, specially alone. By feeding us this rose-tinted, high-budgeted elitist fantasy, they often overlook other darker possibilities of being alone in a foreign land.

Pierre Morel’s Taken is one very famous example where two young women fall prey to sex traffickers, but the film is about its male protagonist’s heroics. Cate Shortland’s Berlin Syndrome, adapted from the novel of the same name by Melanie Joosten, focuses its lens on the woman. Clare is a young Australian photographer whose interest in architecture brings her to Berlin. She gets inspired by pre-existing architectural photography while at work in Australia that compels her to “discover” herself. Yes, but as a photographer who later hopes to publish her own book. How refreshing it is to have a female protagonist with a sense of purpose and ambition. She is a contemporary flâneuse, slowly ambling through the tiny shops and flea markets of Berlin, observing the city as it exists in its streets and by-lanes. The iconic structures of Berlin are there too, of course, but Clare’s camera hungers for something else.

It is on a street that she encounters Andi, an English teacher at a high school, who employs the ruse of dropping his books to get her attention as they both leave a bookstore. Sparks fly immediately, and he takes her to places that regular tourist guides don’t take into account. He endears her with his bad English as he confuses “contemplating” life with “complicating” it, and she is too smitten to notice that this slip-up belies his profession. They have a one-night stand at his place, which is a labyrinth of doors. The signs of danger are already there; the background score remains ominous even as two have sex because the intention is not to hide from the audience that Andi is not trustworthy, but to gradually reveal the extent of his depravity. He locks her up in his apartment the next morning before going to work, and upon returning pretends to have forgotten to leave the keys behind. The same happens the next day when Clare finds a Polaroid photo of her naked self, hidden in a book, with “mine” written on her shoulder. His sense of entitlement awakens her to the trap she has fallen into. The windows are double-paned, one room in the apartment is inaccessible to her, there are no tools at hand, and — the horror of horrors — the entire apartment block is unoccupied.

The Polaroid camera is an important prop in the film. In Andi’s words, Clare documents disappointment. She does not photograph the remains of the Berlin Wall before her captivity, but the abandoned buildings in erstwhile East Berlin — the ruins of what could have been, of shattered Communist dreams. Andi has his own idiosyncrasies when it comes to photography. He fetishises his prisoner’s body, takes pictures of her even when she is asleep, and disappears into the room which Clare cannot get into. Months go by and Clare begins to exhibit symptoms of Stockholm syndrome, but should her altered behaviour affect the viewer’s feelings towards Andi?

In order to avoid any spoilers, I can only add that the film — directed, produced, written, scored and cinematographed by women — can rattle the viewer in its portrayal of the silent, predatory nature of deranged men. It is not only a solo traveller’s nightmare; it is the primal fear of men that women everywhere live with, particularly when they find themselves without the solidarity of other women.