The dialogues lack the bite to classify as humorous, hence, a recourse to sexual innuendoes, such as ignorant puns on the word “horologist”. 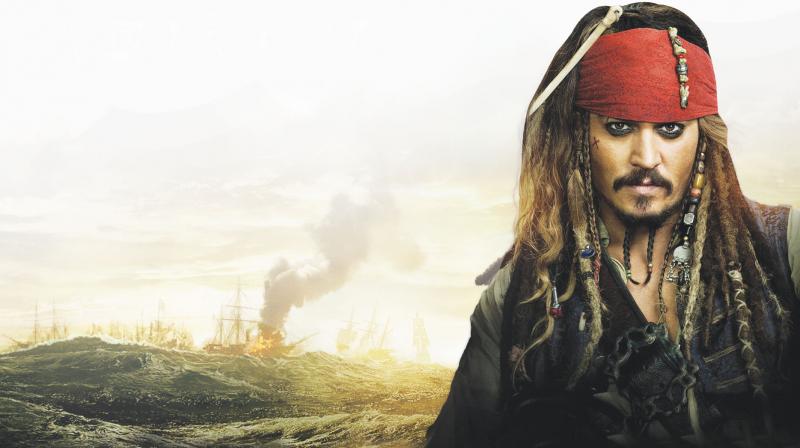 A still from the movie Pirates of the Caribbean: Dead Men Tell No Tales
Rating:

The fifth instalment in the Pirates of the Caribbean franchise, Dead Men Tell No Tales, is in many ways reminiscent of The Curse of the Black Pearl, the first in the series, but this comparison is in no way flattering. While Johnny Depp’s antics as the drunken, bumbling, incoherent but wily Captain Jack Sparrow were once refreshingly entertaining, they are now tiresome and unbearable to watch.

The movie’s structure is also similar to Black Pearl, so much so that it gives the impression of being a rehash instead of a sequel. Captain Sparrow is a man wanted for his crimes and misdemeanours. He attempts to rob a bank with his crew, where he comes across two young people — Henry Turner, the son of Will Turner and Elizabeth Swann, a sailor who has recently been fired from the Royal Navy; and Carina Smyth, an intelligent astronomer whose interest in science is mistaken for witchcraft. Henry wants to free his father from the curse that has tied him to the sea. In the meantime, a ghoulish sea captain, Salazar (Javier Bardem) is able to escape the Devil’s Triangle, and is thirsty for Captain Sparrow’s blood. In a flashback sequence, we discover that Salazar was the commander of a Spanish fleet out in the seas to purge them of pirates. A young Jack (Depp de-aged with the help of CGI) is able to defeat Salazar’s fleet, and it miles deep into the ocean to live as shadowy, spectral figures.

Jack, Henry and Carina become unlikely allies as they embark on a journey to search for the famed Trident of Poseidon, with which they will be able to take control of all the seas. Salazar enlists the help of Barbossa to find and capture Jack for him. Thus begins a series of long and overdrawn and convoluted mad capers.

Our first encounter with Depp’s character is when he is drunk and sleeping inside a bank vault. We find him doing the same on his sorry excuse for a ship, too. Frustrated, Henry remarks, “You are doing nothing! You’re just drunk and sleeping!” A smug Jack quips, “See, I’m two things at the same time.” And this, really, sums up the futile and inconsequential nature of this erstwhile swashbuckling, witty anti-hero.

Javier Bardem’s leery and spooky Salazar is terrifying in a few scenes, but the mutilated and choppy visage that he and crew have been given with CGI overwhelms the seriousness that the situation demands of the audience. Both Henry and Carina are shadows of Will and Elizabeth from the Black Pearl.

The dialogues lack the bite to classify as humorous, hence, a recourse to sexual innuendoes, such as ignorant puns on the word “horologist”. The film is replete with chaos; it is crammed with it. There is one tedious scene in which Jack repeatedly and narrowly escapes the guillotine. This is simultaneously intercut with Carina’s escape from the gallows. One cannot count on the fingers of one hand the number of captains that are there in this film. The only interesting scene which is spectacular in the literal sense is one where Captain Sparrow tries to pull off a bank heist, and instead of stealing gold, ends up stealing the whole bank, that is, the building, which incidentally is pulled by horses. After dragging it through the whole town, the vault turns out to be empty, a state which might mirror that of the audience’s wallets as the credits roll. And as far as the cliffhanger ending is concerned, Lord praise our censorship rules for it has been deleted for the Indian audience.