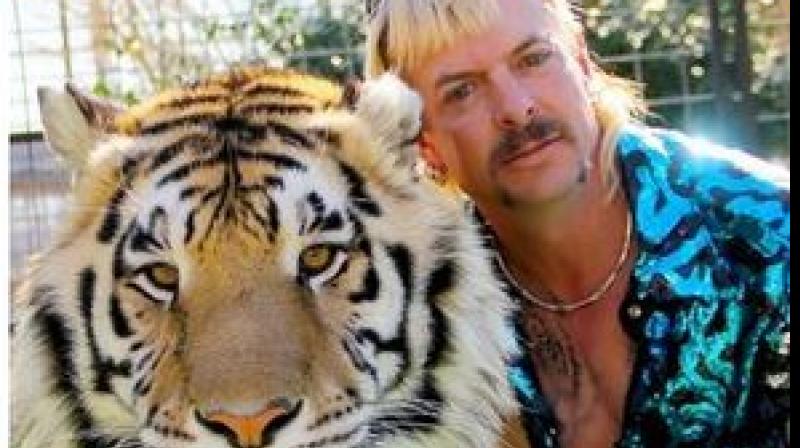 Someone needs to tell Netflix that every crackpot does not make a compelling story. Tiger King: Murder, Mayhem, Madness, billed as a “true crime documentary”, should be renamed Tiger Chor: Bizarre but Oh-So-Boring!
The seven-episode series is about the clash between big cat conservationists and private zoo owners in America.

There is one man in Oklahoma called Joe Exotic. He has many majestic big cats and a running feud with one lady who wants to rescue and save all tigers and lions being kept in captivity. They keep fighting and threatening each other, much like two neighbours in any locality who hate each other.

The documentary treats us to many, many scenes that can be summarised thus  “dekho-dekho tiger, dekho-dekho tiger is eating meat, dekho-dekho lion aaya, dekho-dekho cute-cute cubs”  and simultaneously it wants us to take keen interest in the sexual orientation of Mr Exotic. He is gay and was, at some point, married to two men.

A three-way same sex marriage. Huh! Dude, we are from the land of One Lady, 5 Husbands, all of whom were brothers, and one of them lived a year in drag and later had a child from another lady.

And these five brothers eventually fought their very unpleasant cousins who, incidentally,  were born as a single piece of flesh that had to be cut into 100 pieces, preserved in pots of ghee for them to become fully-formed humans.

So please! It’ll take you guys at Netflix a while just to figure out our threshold of weird.
Gau Mata ki Jai!!