The genesis of this period biopic is interesting and could have turned into an engaging film. 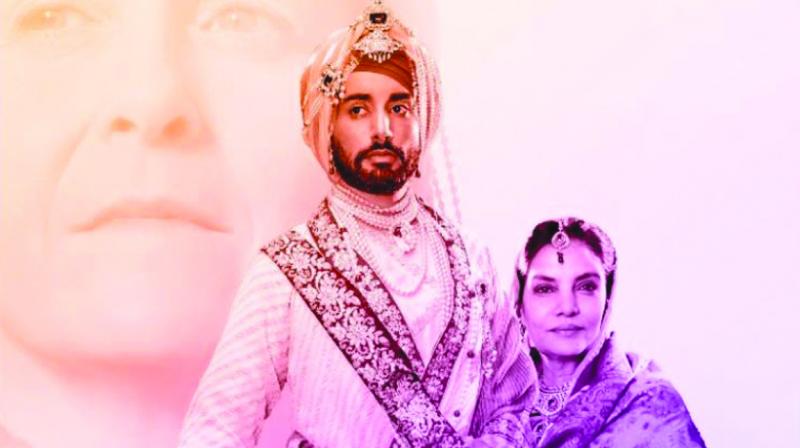 A still from the movie The Black Prince
Rating:

All people are living histories, and if there have been some characters from the past we may not have heard much of, their stories ought to be told. And so, when historians are asked the relevance of studying History, or why on earth does it matter what happened long ago, the inescapable truth about the legacies of past in the present, it helps connect things through time and encourages its students to take a long view of such connections.

The Black Prince is a story of Queen Victoria and the Last King of Punjab, Maharaja Duleep Singh, who was torn between two cultures and faced constant dilemmas as a result. Despite his close relationship with Queen Victoria that made him draw into the English culture, Singh or — The Black Prince — as he was popularly called, began a lifelong struggle to regain his kingdom that took him on an extraordinary journey across the world.

The genesis of this period biopic is interesting and could have turned into an engaging film. But as it often happens with many large-scale productions, it looks like it was been born out of rushed work with only the basic one-line ideation triggering a deep interest in some financiers. And that’s how probably, this Indo-British production of not-so-popular story of the ill-fated King of Punjab, took shape. Or so it seems, since for a film to be absorbingly riveting, a taut script that follows a focused plot, is a must. As it turns out, The Black Prince ends up as one big, bland, dull and inert film that kills all its good intentions only because there seems to be no meat, neither in the story nor in its execution, beyond what we already know about the characters.

The youngest son of Maharaja Ranjit Singh, ruler of northwestern India, the “Lion of Punjab” and the only child of Maharani Jindan Kaur (Shabana Azmi), Duleep Singh (Satinder Sartaaj) was crowned at the age of five, but was forcibly exiled to Britain, almost immediately after, where he became a favourite of Queen Victoria (Amanda Root). He survived even during the division and bloodshed as four potential successors got killed, and the British watched like “vultures”.

He gets to learn about God, Christianity and other social etiquettes by his guardian, Dr Login (Jason Flemyng), and is told that India benefited by the British rule. He is respectful to all but an uncanny sense of unease begins to discomfort him as he longs to see his real mother, who he is categorically told is “old and too weak to travel”. Perhaps the latent desire to be with his countrymen also begins to rekindle in him an inexplicable concern for the land of his birth: Punjab. When he gets permission to bring her to England, he gets more and more influenced by her to reclaim his birthright and overturn the escalating oppression of India by British colonialists.

Writer-director Kavi Raz may have had a great premise to work on, one, if embellished with due care and better research, could have added heft to this otherwise flawed film. Sadly, The Black Prince will go down in history as one of the worst debuts of its lead actor: Sartaaj.

The lack of any enthusiasm on the part of nearly all the actors barring Azmi as Maharani Jindan, adds to the mind-numbingly slow pace of the film. Azmi — who starred in many Indie productions in Hollywood in the early ’80s, is a veteran and has been the strength behind many films even in the recent past in Bollywood — is all that one would sit through this film. But then her role as Maharani ends abruptly to make the proceedings even more lifeless.

Sartaaj is a complete miscast in the lead role, and doesn’t lend any dignity to the demands of the role. And if the lead actor is not discernibly energetic, the other co-stars’ momentum plods through and their performances remain unbearably dull. For a character, which is transported to England at the age of five, his distinctively Punjabi accent while delivering English dialogues is ludicrously funny. The result is a lavishly mounted film with its heart at the wrong place that turns it into an artless period piece only because director Raz is embarrassingly incompetent enough to do it justice. By way of stringing together a film, if the attempt was made to remind us of the widespread diabolic effects of British colonialism, or Singh’s own attempt at reclaiming his Sikh heritage and empire, much thought and empathetic understanding was needed to weave together a story.