Many may wonder what actually impressed none other the Bollywood star Salman Khan with this film. 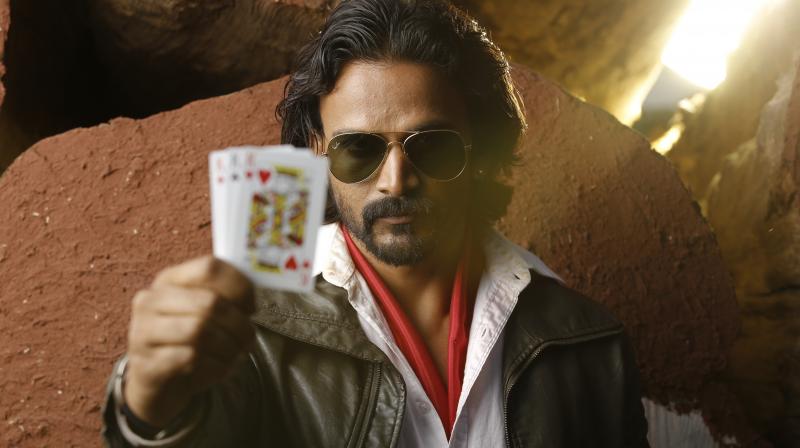 A still from 'Badmaash'.
Rating:

Just like the hero (Dhananjaya) who keeps blabbering one of the signature dialogues in the movie saying that he has no time for introductions, and is only keen to play a game most of the time, let us also skip the introduction and jump straight away knowing why ‘Badmaash’ is such a painstaking cinematic experience in recent times.

The irritation kick starts on a high note when the director creates his own version of history stating that foreigners (British) came to India in search of diamonds! Well, according to historians, was it not for trade purposes, especially the spices? However, an excusable act, owing to cinematic freedom!

The director Akash Srivatsa’s wild imagination further continues with his knowledge over one of the most precious diamonds which is even more valuable and popular than Kohinoor diamond. He calls the red stone as Vajra Vaidurya! What follows for almost two-and-a-half hours is a plot which tests one’s patience and could easily get an entry to the list of new heights of irritation.

After the brief twisted history and the diamond, the story introduces the Badmaash, who is the centre of attraction. Even this hero too had a girlfriend, separated during his childhood and he is left with just a memorabilia from her – a simple spinning top.  Meanwhile, the two grow up, one is an RJ (Sanchitha Shetty) and our hero is the smart baddie working for a business mostly interested in cricket betting. After a lavish fight scene and a build-up song, the two meet and finally fall in love.

It's high time for the introduction of another disturbing character – the king (Achyuth Kumar), who is a home minister and only lives on the advises by his personal astrologer. His aim is to become the next chief minister and would do anything to get there. By now, many may wonder what actually impressed none other the Bollywood star Salman Khan with this film. All the characters are strangely interlinked from the past including the couple, politician, diamond and even a police constable!

Watching this can have soporific effect but for the risk takers, it is still a challenge to stay awake to know what happens to the king and the rare red diamond.