Although not consistently engrossing, the film stands tall on the magnificent performance by Gary Oldman. 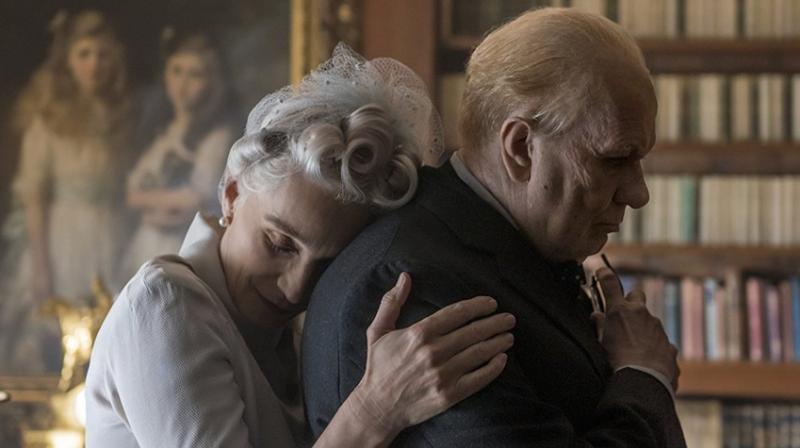 Gary Oldman has undergone layers of prosthetic make up to get the look of his character right.
Rating:

If somebody really needs to win an Oscar, generally speaking, a biopic is a good way to go. Daniel Day-Lewis in 'Lincoln', Ben Kinsley in 'Gandhi', Cate Blanchett in 'The Aviator', Phillip Seymour Hoffman in 'Capote', Meryl Streep in ‘The Iron lady’ etc. Here, Gary Oldman is clearly gunning for his golden statuette by donning the guise of the UK's erstwhile Prime Minister and enduring public hero Winston Churchill.

‘Darkest Hour’ follows a 30 day period, from May 1940, to June 1940, which was probably one of the most critical months in England's history. England is in need of some new leadership and is desperately close to surrendering to Hitler and the Germans. The film takes a personal look at Winston Churchill in the early stages of World War II, when some hope for Churchill to be the next Prime Minister. The film highlights the tension of difficult decisions that had to be made and the flashes of genius in recruiting help of the small boats for the Dunkirk evacuation.

Director Joe Wright skilfully crafts the gloominess of the era accompanied with a brilliant cinematography by Bruno Delbonnel and Dario Marianelli's masterful music. A look at ‘Atonement’ or his ‘Nosedive’ episode of ‘Black Mirror’ shows a director in complete control of timing and punctuation, a kind of ticking-clock precision. It's the technical brilliance of the film that makes it look splendid.

But at times, because of extreme verbosity, the drama becomes jaded and that is just what we get for the vast majority of the movie. The film also doesn't bother to explain the few things that it does bring up. For instance, it is never explained why the two main parties in Parliament chose Churchill. We see him become Prime Minister, but nothing is really given credence on why he was so targeted by politic rivals or why the King was so hesitant to trust him. The plot to remove him remains inexplicable which is baffling. It is also not explained why the king suddenly changes from actively despising and distrusting Churchill to blindly supporting him.

Even during the patchy proceedings, it's Gary Oldman's performance that doesn't falter even for a second. ‘Darkest Hour’ is kept afloat by his brilliant performance. And he really manages (along with ample prosthetics) to look and sound like the great man. However, ‘Darkest Hour’ is far more of an acting showcase than a full cinematic package. 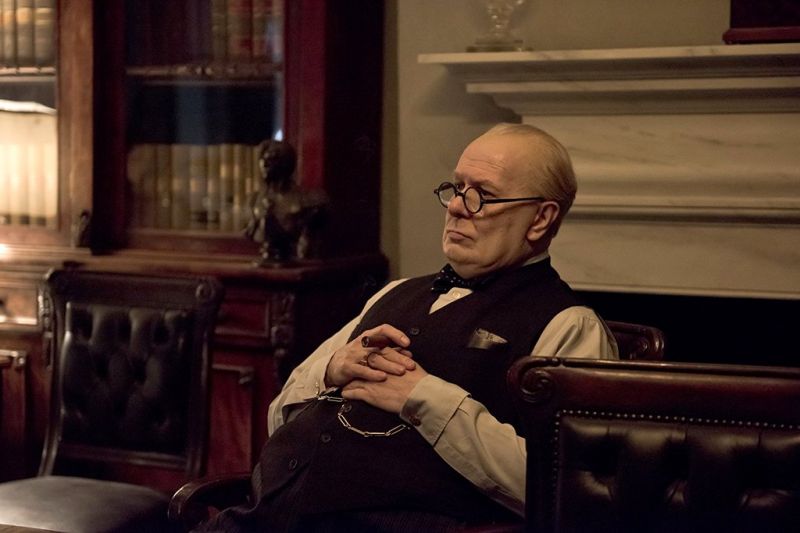 Lily James appears in small role but she makes the most of it with her strained, charming performance. Her expressions are magical and so is her screen presence. Kristin Scott Thomas as Clementine is wonderful as a strong, supporting wife of Churchill. 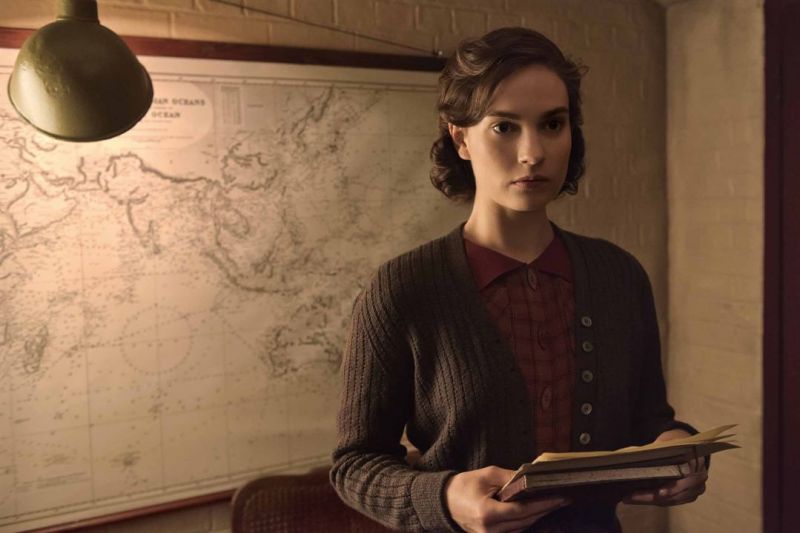 The story focuses on the political side of the events in Britain, and thus, just enough of the war is showed. It does use some war scenes but only for emotional effect, rather than historical. The film is more about how hard it was to stand as politician in a period of conflict. Interestingly, the film puts some major perspective to a war movie like 'Dunkirk'. 'Darkest Hour' can make Christopher Nolan’s ‘Dunkirk’ experience richer and more insightful, as the events that unfold in both the films are in the same timeline.

Amidst his impressive filmography, Oldman is nominated only once for his great performance in ‘Tinker Tailor Solider Spy’, but ‘Darkest Hour’ might just get the terrific actor his first golden statue at the Oscar night. The film is entirely worth the watch for his imposing performance.