Lucknow Central movie review: A bland, formulaic attempt with no redemption in sight

Lucknow Central is quite nondescript as its title — the kind of billboard commercials that one comes across while driving through the highway. 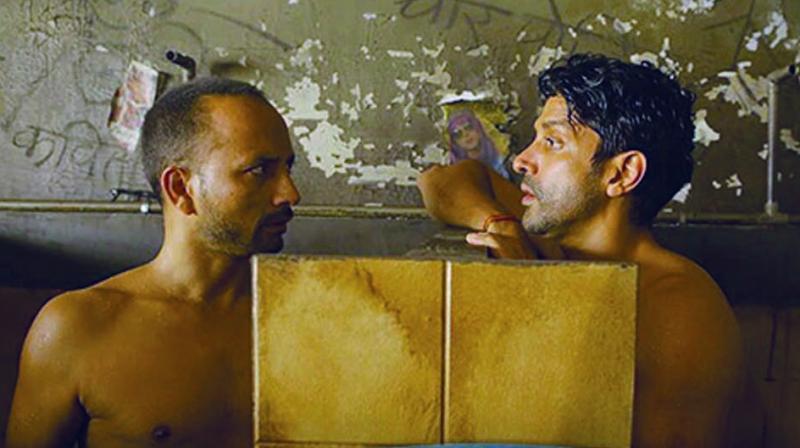 A young man Kishen Mohan Girhotra (Farhan Akhtar) from a small town in Uttar Pradesh gets accused of murder and lands him in Lucknow Central Jail where he awaits his high court trial for a death penalty. His despondent life comes to life when a social activist Gayatri Kashyap (Diana Penty) is entrusted with the compelling responsibility of forming a musical “band”, comprising prisoners for a music competition to be held in the “Lucknow Central”.

As Kishen crosses path with jail superintendent (Ronit Roy) he sets out to prepare for the competition and finds four willing inmates — Dikkat Ansari, Victor Chattopahdyay, Purushottam Pandit, Parminder Trehan — to become band members. He also hatches a sinister plan that sounds convincing to all — jailbreak.

What follows is a gleefully anarchic piece of mainstream filmmaking as the dramatic narrative takes us through Kishen’s life, and how music becomes an intricate part of not only his journey, but the rest of the band’s as well.

Lucknow Central is quite nondescript as its title — the kind of billboard commercials that one comes across while driving through the highway. That it is better than a film based on a similar story released last month — Qaidi Band — doesn’t add much heft to its fate. The end result is so resolutely bland and forgettable that the cast and crew probably expended more sheer effort staging all of the scenes. The writing is such that one’s pulse isn’t given much of a pounding in the overall getaway that the story tries to focus on, and, therefore, it doesn’t ratchet up the requisite tension.

It’s the kind of film that tries to latch on to thrilling moments based on realism ripped from the headlines with its fictional account of a musician getting wrongly convicted, but fails to realise that topical doesn’t automatically equal compelling storytelling.

This is a film that contained a basic, promising concept, an undeniably talented cast filled with enough familiar faces, and though Aseem Arora’s and Tiwari’s script lays the foundation for some meaty intrigue, there isn’t much to build on it to sufficiently gripping effect.

The scriptwriter is also constantly trying to pull the rug out from under the feet of viewers but never seems to realise that they have already pretty much sussed out all the allegedly surprising twists and turns.

Akhtar doesn’t try to hog each frame, which is a great thing. He also doesn’t sing even one song. In fact, since there was ample scope to include songs in a film like this, it’s surprising that there are only a couple of songs that try to fruitlessly enliven things up a bit during their brief appearances. Hence, characters routinely play along and don’t break into a song; neither do they move and groove to whatever beat is playing- more as on-screen people who need to validate their presence in the action.

Dobriyal just walks through his part, and Penty is pretty much wasted, though she does get to lock horns with Roy with a certain degree of panache. As for Akhtar, he has been saddled with a character that is written for a much younger person; for a 40-plus actor it is all but impossible to play it in a convincing manner. Its occasional coming to life scenes are neither funny nor dramatic and the redemptive ending feels far too forced.