Guest in London movie review: Asinine and offensive, this guest in unwelcome!

It takes a rare kind of awful to merit inclusion into any year’s list of worst films. 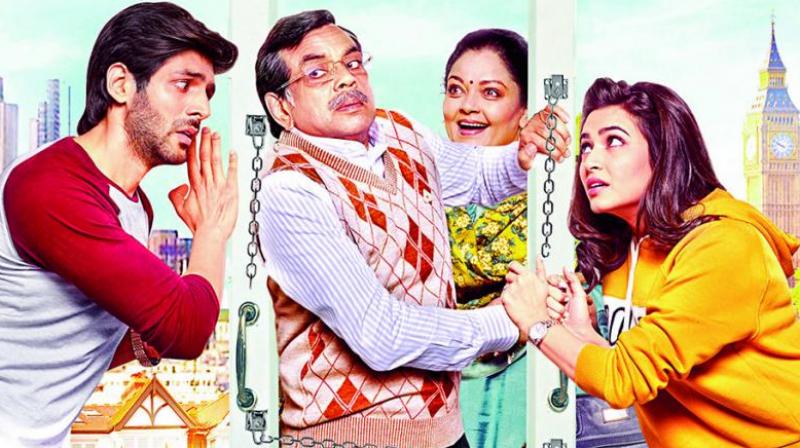 The history of cinema may be filled with movies that are cinematic horrors and still manage to get theatrical releases every year. It takes a rare kind of awful to merit inclusion into any year’s list of worst films. While on the one hand we get our share of critically panned big-budget duds, there are also a few that are beyond. Ashwni Dhir made Atithi Tum Kab Jaoge? in 2010, and despite the film getting a lukewarm response at the box office, the subject centring around an unwanted guest almost forcibly living with a young couple has rekindled his old fire even as he reduces the same idea to a heap of gravel with enough screen time devoted to toilet humour. At times, Dhir hasn’t the faintest idea where to go and allows his lead actor Paresh Rawal to play unfunny pranks in the name of comedy. Before he awkwardly lurches towards an emotional connect: the 9/11 World Trade Centre tragedy and a personal loss!

The age-old India’s Atithi Devo Bhava sentiment no longer works as our lives are saddled with all kinds of unwarranted responsibilities and no one has any time — and the inclination — to entertain unwelcome guests, that too, the ones with utter boorish manners. It would have made sense had some consequential plot was added to the paper-thin plot which other than clumsy humour does not as much attempts to explore any other aspect of comedy. Thus, in reality, Guest in London is a three-minute television sketch stretched to last 139 unbearable minutes that begins with a young boy Aaryan (Kartik Aaryan) and a girl Arya (Kriti Kharbanda) trying to find a decent apartment in London to avoid deportation. The deal is: neither the boy knows the girl nor he has any intentions of knowing her.

While their sharing the flat business is still in its nascent stage, in walks Gangasharan Gandotra fondly called “Chachaji” (Paresh Rawal), a complete stranger from India who barges into their home and persuasively convinces the couple to let him and his wife Guddi (Tanvi Azmi) stay with them. Aaryan is in a light-hearted mood as he would want his fake couple status to become real with Arya, and so, the silliness of the story gets bogged down in all sorts of comic idiosyncrasies, angry denunciations and painful self-analysis. Perhaps the worst thing about Guest in London is that it is totally humourless. Rawal works hard to bring the fat comic to life, but none of the routines work, and the fart jokes are downright embarrassing.

The avuncular character, whom everybody starts calling “Chachaji”, is in many ways as offensively funny as he is insufferable with sexist jokes, objectionable witticism and consistent poor acting, and makes you blush, and wonder if you are watching the award-winning Rawal in this film. And that’s only one of the many reasons why the film is such a colossal comedic misfire that it makes the deplorably dreadful look like masterworks by comparison. It seems the business of competently executing a joke seems utterly beyond the grasp of good actors like Aaryan, Rawal and Azmi, who rely on gags so hoary and broad, they’d make you cringe.