Ghost in the Shell movie review: A shell without a ghost...

The filmmakers seem to have tapped into the nationalistic fervour that is bubbling in every part of the world. 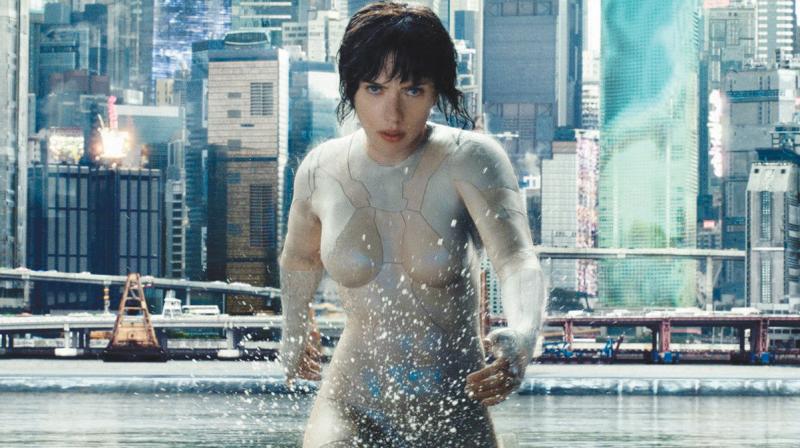 A still from the movie Ghost in the Shell
Rating:

Manga is essentially Japanese; its roots go well beyond 19th century Japanese art which, with its emphasis on space instead of time, defines the relationship between atmosphere and identity. At the same time, Japanese identity is essentially Japanese; the country is known for not being open to multiculturalism. These two ideas explain how and why Rupert Sanders’ remake of Ghost in the Shell pales in front of Mamoru Oshii’s 1995 adaption of the Manga series.

The film is set in the future in Japan where humans are cybernetically enhanced. The human brain is transplanted inside the body of a cyborg whose skin can be peeled off to reveal 3D-printer generated muscles and steel. The eyes can be replaced with sensory glasses which enhance night-time vision and have X-ray; fingers can stretch out like tentacles to type at the speed of sound; thermo-optics are employed to render oneself invisible. The only human aspect in this mechanical shell is the ghost — the mind, or the consciousness, which is a repository of memories, of essence itself. Major (Johansson) is a highly advanced cyborg who was created to serve Section 9, a law enforcement division, to capture dangerous criminals. She soon discovers that she was an experiment, and sets on a path to discover her past and her true identity, and avenge herself.

This goal-oriented feature of the film — to hunt down those who did you wrong — also found in the Wolverine trilogy and Deadpool, to name a few, is resolutely American. Major Kusunagi in Oshii’s film feels at odds with her body; she is allowed to expand only within the limitations of her shell. Her conflict stems from her desire to make sense of her scientifically enhanced essence in the dizzying matrix of the world she occupies. It is a very Japanese thrust on the spirit instead of the materiality of being. In a key scene towards the end of the 1995 version, the Puppet Master, a highly sentient cyborg who can hack into others’ ghosts, tells Kusunagi, “Your effort to remain what you are is what limits you.”

Here, in this version, Johansson’s character resists the change that is offered. She gazes not within to make sense of her existence, but outwards, and indeed, backwards, in her quest to discover her past. As a result, most of the mirror or reflective imagery that was employed in the original is reduced to a cheap — well, highly expensive, CGI-induced — imitation. Some scenes are directly lifted from its predecessor, but they do not carry their import, such as the relation of the individual with the cityscape or even the sea.

By setting the film in Japan, a country which is not quite open to foreigners (cf. Scorsese’s adaptation of Shusaku Endo’s Silence), the filmmakers seem to have tapped into the nationalistic fervour that is bubbling in every part of the world, and have made the film a proxy for the ideal multicultural world that every country should instead be aspiring for. What we have, therefore, is a proliferation of white characters — from the protagonist to the extras to the antagonist — resident in a place whose own actors can perhaps never find the top-billing in a Hollywood production.

For all the visual gleam and action and blinding city lights that are on offer, stripped of Japanese identity, Jamie Moss and Ehren Kruger’s screenplay could very well have been set in New York City or Moscow, and it would not have made any difference to the final product.