Gosling is a talented but tightly controlled actor; sometimes we can almost see the carefully honed mechanics of his technique. 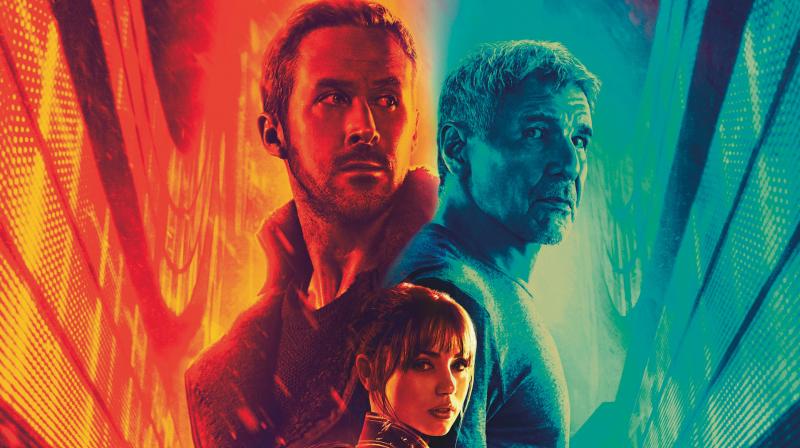 Wait a minute. Please. When Blade Runner 2049 fades to black after a perfect last shot, wait a minute before you turn your phone back on and you head for the exit and return to the real world of the multiplex lobby and all that waits beyond.

Take a moment to absorb and interpret and appreciate the vibrant and gorgeous and sometimes brutal and mind-bending and occasionally incomprehensible hallucinatory epic that is Blade Runner 2049, which stands with the likes of The Godfather Part II and Terminator 2 and Aliens as a sequel worthy of the original classic.

I’m not going to pretend I understood every last wrinkle of the plot or every action taken by every character. I have one, make that two, maybe even three big questions about why certain characters made certain choices in certain key moments. (Not that knowing the answers — if indeed the definitive answers even exist — would necessarily mean I’d have a greater appreciation of the film.)

What I do know for certain is this: Director Denis Villeneuve (Sicario, Arrival) and cinematographer Roger Deakins (who has become more famous for his 13 Oscar nominations and no wins than he’d be with a couple of trophies on his mantel) have teamed up to create one of the richest visual experiences of this or any other year. The sets are elaborate and magnificent and sometimes haunting. The CGI is brilliant and striking. Every frame of this film is a feast for the eyes.

Ryan Gosling strikes just the right notes as the replicant hunter aka “blade runner” Officer K; Harrison Ford injects a layer of humanity and even wry humour into his portrayal of the jaded and surly Deckard; Robin Wright, Dave Bautista and Jared Leto, among others, excel in pivotal supporting roles, and Ana de Armas is a revelation as Officer K’s love interest, who isn’t human but is arguably the most human character in the entire Blade Runner 2049 universe.

Blade Runner 2049 is set some three decades after the events depicted in Ridley Scott’s classic. (And yes, it would help if you see the original before diving into this one.) Gosling is LAPD Officer KB36-3.7, aka K, a blade runner who tracks down and “retires”, aka kills, older model replicants that have gone off the grid.

Thing is, Officer K is himself a replicant, albeit a newer and more sophisticated model. He knows he’s a replicant. He knows his childhood memories are implanted because he was never actually a kid. Or was he?

Officer K’s superior, Lieutenant Joshi (Robin Wright), treats Officer K as her favourite (albeit a favourite pet, of sorts), but his human colleagues on the force loathe this “skin job”, as one calls him, as do his neighbours. His only companion is a holographic creation known as Joi (de Armas), a flickering fantasy who cooks for K, changes from one sexy outfit into another in the blink of an eye and showers him with attention and concern. (But there’s more to Joi than meets the guy, so to speak. I’ll leave it at that.)

On one of K’s missions, he unearths evidence a replicant gave birth some 30 years ago, a discovery that will “break the world”, as Joshi puts it. She orders K to track down the child — who would be just about K’s age by now — and erase all traces of its existence.

Ah, but other forces are intent on finding this mysterious offspring as well.

Niander Wallace (Leto), who talks like a cult leader and has creepy, marble-like eyes, runs the Wallace Corp, which took over the manufacturing of replicants from Tyrell Corp. Wallace can’t manufacture enough replicants to fulfil his mad plan to take over the universe, so for years he’s been trying to create replicants that can bear offspring, with no success. When Wallace gets word there’s already such a being out there, he will stop at nothing to track it down.

Thus the wheels are set in motion, sending Officer K on an unforgettable journey that’s part futuristic noir mystery and part self-discovery. Blade Runner 2049 has some visual nods to the rain-soaked, dreamlike, glowing neon Los Angeles of the original, but for the most part the world has become more desolate and more polluted, with shades of brown and gray and washed-out orange dominating. (When the action moves from Los Angeles to Las Vegas, it feels as if we’re on an entirely different planet.)

As the Hans Zimmer score pounds us with one seat-rattling, ominous note after another, Officer K’s quest takes him to amazing places — some of them real, some of them “memories”, some of them taking place somewhere between reality and fantasy. When finally K tracks down Deckard, who hasn’t been seen for 30 years, it’s a moment of pure movie geek heaven. (From Indiana Jones to Star Wars to Blade Runner, Ford has built up an unmatchable resume of old-guy-reprising-iconic-characters.)

Gosling is a talented but tightly controlled actor; sometimes we can almost see the carefully honed mechanics of his technique. This makes him the perfect choice to play a replicant that just might be human. For much of this story, Officer K is in the dark about the truth — and we are too.

When the light finally emerges, it’s quite a thing to behold.