Behind the stage with AR Rahman

A.R. Rahman’s concert flick One Heart is ready for release — the composer talks about how the idea came about. 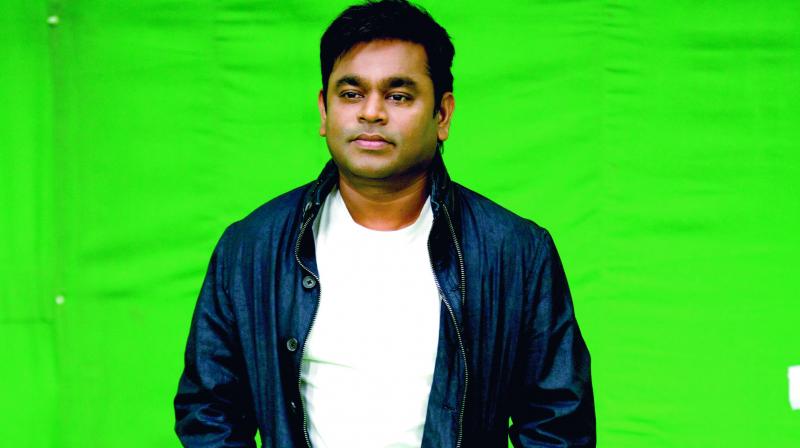 AR. Rahman is probably one of the very few musicians who keeps evolving and updating himself with technology. Recently, he even donned the directorial hat with Le Musk, an Indian virtual reality flick. Now, ahead of the release of his concert film One Heart, ARR, in a free-wheeling chat, talks about the idea behind the movie, how his wife Saira (who deals with perfumes) was instrumental in bringing out the director in him with Le Musk, the challenges involved in introducing a new technology, and about his daughters who want to drift away from music.

The legend’s Professional biography
One Heart is concert movie which has a runtime of one and a half hours. Normally, people would only get to see what we have performed on stage; they do not know what goes on behind. The rehearsals, practice sessions, brainstorming period about choosing the songs with the singers, and so on, are not available for the audience to see. We have access to these videos — and the core of the songs we perform in a concert is a mix of Hindi, Tamil and Punjabi.

The germination of the idea
While we were touring, we were jamming and having fun — it felt magical. Hence I decided to capture those moments and treasure them. It struck me that I may not have the opportunity to perform with the same set of musicians again and I may not look the same as I do now! (laughs) Importantly, we might play different songs everytime — it may come out better or worse.

Enriching the CONCERT-WATCHING experience
It’s about refining the whole experience by showcasing the memorable parts of a number than the whole song. In some cases, we talk about the philosophy behind the song and in others, share our experience about the entire show.

Saira Banu behind Le Musk — the first-of-its kind virtual reality narrative
When I was talking to my wife (Saira), she suggested the idea of doing a VR film on perfumes. I asked many about the idea — including Danny Boyle’s daughter — and they said it was possible to take on such an attempt.
We found the technology and worked in the lab for six months, and with the perfumes, we experimented for eight months. We shot in Rome and the final editing is going on now!

Keeping Fit
I have a physical trainer at home. My wife insists that I do keep my body fit at all times. I try my best!

Being the Zen master
I do get triggered fast, but I have learnt to control my anger. I don’t take any decision when I am angry; I keep quiet and wait for everything to subside and then react. Otherwise, when you are angry, it is not ‘you’ who is answering — it will be your ‘ego’. And that could be destructive.

Letting the children decide
I have given freedom to my children to pursue whatever they want to do. Ameen is interested in music. My first daughter is part of an NGO — she is very much attached to the foundation.