Logan movie review: Inside the heart of a reluctant hero

There are a few digressions in the film that, though dispensable, seem to exist to dwell on the quasi-familial setup. 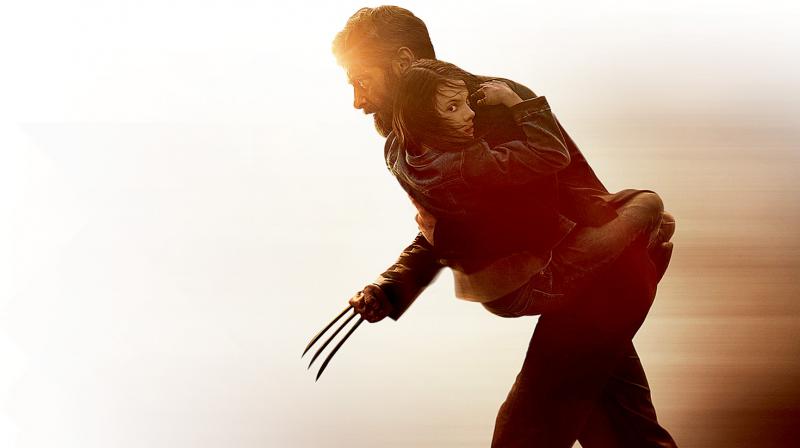 A still from the movie Logan
Rating:

Logan, the latest film in the X-Men origins series, is set somewhere in the future, wherein our protagonist lives with Caliban near the border of Mexico, and looks after Professor Charles Xavier. With his powers now diminishing, Logan looks tired and weather-beaten. He can no longer heal himself, and looks old, as does Charles, now a nonagenarian, whose sublime mind is slowly and steadily losing a battle against degenerative diseases, resulting in seizures and paralysis for those surrounding him. The two intend to live a quiet, ordinary life before going out into the sunset when, instead of death, an 11-year old mutant, Laura Kinney/X-23 knocks at their door. She is as much a product of the pharma-military-industrial nexus as Logan himself, perhaps more. X-23 was created and raised in a laboratory, along with a number of other children, whose mothers were impregnated with the sperm of mutants. She is a runaway and is sought after by the men at Transigen, the company whose founder, Trask, was responsible for injecting Logan with adamantium.

Most of Logan shapes out as a road movie. The trio — Logan, Charles and Laura — hit the road to escape Donald Pierce and Dr Zander Rice, and reach a safe haven in North Dakota where Laura can reunite with other mutants from Transigen. They argue and squabble along the way, lending a semblance of a filial relationship that each of them has been denied. Laura becomes the curiously quiet, wide-eyed granddaughter to Professor X’s worldly-wise grandfather figure.

Logan, not unlike its predecessor, The Wolverine (2013), steers towards existential musings. The Wolverine saw its protagonist getting infected and thus losing his ability to heal himself. It posed a grave question for a character whose allure in the Marvel universe rests on his immortality and hell-bent resilience, but there is a simmering aggression and pain underneath, an alienation, for having outlived almost everyone he ever cared for. In the year 2029, there are very few organic mutants left. Following the events of X-Men: The Last Stand (2006), the mutants have become forces of popular culture, finding currency through comic books and toys. Laura reads an X-Men comic book in which the coordinates of her “Eden” in North Dakota are specified, leading Logan to brush it aside as myth-making. Another mutant carries a Wolverine doll. It is self-reflexivity at its best and also most bewildering.

There are a few digressions in the film that, though dispensable, seem to exist to dwell on the quasi-familial setup. Our trio enjoys a hearty meal with a family whom they helped on the way, and for the first time in years, get to sleep in comfortable beds. It is a moment of ultimate contentment — of moksha — for Professor X, brilliantly portrayed by Patrick Stewart in his last outing as this character.

Hugh Jackman, also playing Wolverine for the last time, finds new levels to dig into. He is terminally ill, is slowly dying of adamantium poisoning. His claws have lost their alacrity — one could argue, even sharpness, as though he has been scraping at his own being for too long to carve out a meaning of his prolonged existence. Before he sees that one glimmer of beauty in ordinary life, we see a glimmer of his old self — gruff, agile, slasher-esque. As mentioned above, the Wolverine is now a mythical figure, a myth that was restored in the 2013 prequel. The young mutants at Eden get scissor-happy while our protagonist is passed out, and trim his Mel Gibson-ish beard to make him resemble the iconic comic book hero — an attempt to perpetuate and, perhaps, keep the myth of the Wolverine alive, specially when, stripped of his invincibility, he is merely James Logan.