The only attraction that Rajeev Waalia’s Tera Intezar has for the multitude of starved Indians is, perhaps, Sunny Leone as the lead. 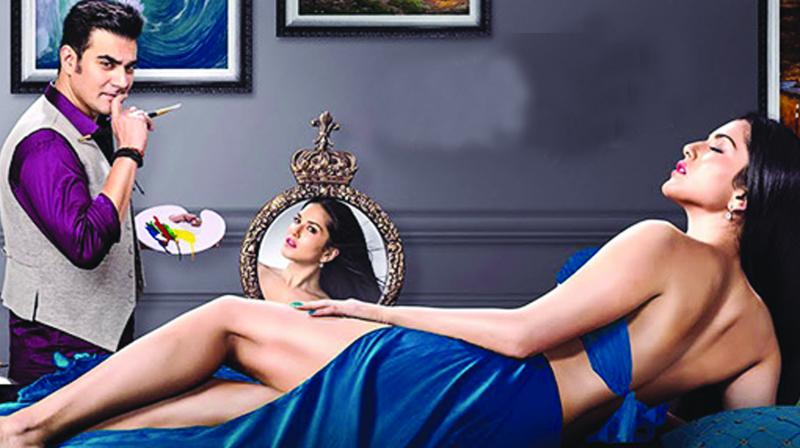 I guess the general perception that exists in our country is that in Bollywood everyone should act in movies — in lead roles, at that, no less. No problem with having such an ambition. After all, who wouldn’t want to be seen on the silver screen either romancing, displaying biceps, or sexuality — as the case may be — singing, prancing and dancing energetically to beats that would, at least, play once on music channels?

What about emoting? Does any one even care for this important ingredient of acting... really? Is it important or not? From what it looks like, collecting enough finances is the most important part of filmmaking; casting good actors is of least significance.

And the script? You just have to convince a producer. If you can do that, there you are — ready with a script that can make it to the theatres!

The only attraction that Rajeev Waalia’s Tera Intezar has for the multitude of starved Indians is, perhaps, Sunny Leone as the lead. But, before you jump to your fantasy mode, here she is in a 120-minute love-thriller-drama that that doesn’t even have a plausible plot. There is, in fact, no film here. There is ample skin show though, for some, for their paisa vasool moments!

The opening scene has Leone stretched out on the floor of a lavish home, waking up disheveled (although one can imagine how tousled uncombed our Bollywood heroines could ever look even after a six-hour sleep), looking at the walls of her gallery adorned with paintings and dashing out in her car as another car with a man in blue, another in a suit, a third in black and a girl walk into the same house from another entrance and begin to admire the paintings.

If this doesn’t make any sense to you, consider the following sequence of events —it will leave you even more baffled. It’s only after a few moments that you begin to see some reason. An art gallery owner (Leone) falls for an amateur painter (Arbaaz Khan), and some of her clients — Arya Babbar, Gauahar Khan, Salil Ankola and Bhani Singh —– decide to steal his paintings. Apparently, Khan doesn’t want to part with some of his prized possessions, and so, the four barge into his home unannounced at a time when the two (the gallery-owner and the painter) are having a cosy time. A scuffle ensues and Leone is knocked off unconscious. In most part of the film, Leone is seen driving around in a swank car looking for her missing lover (Khan). In another scene, four burglars are seen struggling to stay afloat in seawater, finding a boat for survival and finally getting marooned in an island. They also visit an unoccupied bungalow where the girl begins to feel the presence of “someone”.

The rest of the film has the four running scared and getting followed, chased by a fruit, and beaten by trees, and what have you, even as a clairvoyant healer (Sudha Chandran) Leone approaches for help, offers healing pieces of advice in a mysterious tone.

By this time, you lose track of the messy film that defies description. What’s more, in the midst of all this, when one of the three men gets devoured by a tree in a jungle, you stop looking for any semblance of an account.

Will someone tell Arbaaz Khan that, by no stretch of imagination, should he fancy himself to be an actor? His tentative walk and his looking iffy throughout the length of the movie is such a let-down that one wonders why the film was made in the first place. The same goes for the female lead. No matter how good looking the lead actress is, she must feign, play-act and perform. But in this film the heroine is dolefully running away, totally unsure of what is happening around her. Having said that, Leone in any film may still rekindle hopes of your sitting through the entire length of a film — she does look gorgeous.

I am going with half-a-star for this waste of a film. No prizes for guessing whom that is meant for — Leone, of course!